The majestic presence of Westminster has impressed Londoners and foreigners for centuries. The site is also home to London's most familiar landmark commonly known as Big Ben. The magnificent Victorian Gothic Revival building is adorned by the famous gilded clock tower (1858) standing 320 feet high and holding the 14 ton bell which strikes precisely on the hour. Originally built by Edward the Confessor as he carefully presided over the building of the abbey, the old palace finally burned down in 1834. Fortunately, the medieval Westminster Hall has survived to this day and is open for guided tours to the public. The bare hall was built by William Rufus in1099 and is one of the most spectacular secular medieval halls to have survived in Europe. The Jewel Tower is another medieval survival of the fire where you'll find an enlightening exhibition on the history of parliament. The tower dates to 1365 when it was built as a royal safe for Edward III.

If you want to watch the goings-on at the House of Lords or Commons, head for the queue to the public galleries just outside St. Stephen's Gate.

History
Although evidence of Roman settlement on the site of Westminster Abbey has been found, the first reliable source of the Abbey's royal heritage begins with the burial of Harold I Harefoot's burial in 1040. The abbey is a historical landmark which has been the seat of all but two coronations (Edwards V & VIII). Over the course of nearly 1000 years, the abbey has grown and changed and its present state encompasses various grand styles of architecture from the French Gothic to Tudor decorative styles.
Ten years later, Edward the Confessor began rebuilding the church which points to a move from the the traditional Anglo-Saxon royal family home at Winchester. Henry II brought new administrative techniques into play, one of which was making Westminster Palace a center of government. Henry III in turn undertook lavish rebuilding of the abbey church in the French style. The work was completed by his successors and included the space for coronations with the shrine dedicated to the canonized Edward the Confessor at its epicenter. Henry VII added the last main extension with a chapel at the east end never fulfilled its original purpose. The chapel was supposed to be a shrine for Henry VI who was never actually canonized.

By the 16th century, the palace had become the center of bureaucratic institutions and now held the Common Law courts (housed in Westminster Hall) and Parliament as the abbey was no longer used as a royal residence, Henry Viii built new residential palaces at St James's and Whitehall to the north. Henry also made the former abbey a cathedral in 1540 although the diocese was dissolved by 1550.

The abbey posed something of a fire hazard with frequent blazes threatening to destroy the buildings. In 1698, one serious fire almost totally destroyed Whitehall and in 1834 the Palace of Westminster was with the exception of Westminster Hall and some minor buildings was again damaged by fire. 1835 saw the rebuilding by Barry and Pugin of the Houses of Parliament in a triumphant Gothic Revival style.

Guide to the abbey

The main public entrance to the abbey is via the north entrance. The north transept where you'll find monuments dedicated to politicians has been familiarly dubbed as the Statesman's Aisle. If you're short of time, make a bee-line for the Lady Chapel. This inspiring architectural feat built in the English Perpendicular style with intricately carved vaulting was built by Henry VII as his final resting place in 1503. The next historical piece calling for your attention is Edward I's coronation chair. This old carved piece of oak has seated royal behinds from 1300 to the present during coronations. Unfortunately, the Edward's shrine itself is no longer open to the general public.

Despite all the blue blood buried here, many visitors come to pay their respects at Poets' Corner. Ironically, the so-called father of English literature, Geoffrey Chaucer was buried here not due to his master craftsmanship but the fact that he lived in the vicinity. Nevertheless, a tradition was born and today you'll find most of the heroes of English literature, such as Shakespeare and Dickens commemorated here.

If you need to take a load off (or someone in your party is bored) head to the Great Cloisters for a coffee in the cafe from the doors in the south choir aisle. The octagonal Chapter House which from 1257 saw the meetings of the House of Commons, lies at the cloisters eastern end. The wall-paintings, sculptures and decorative paving tiles which you'll see here are originals which have survived from the 13th century. The nearby Pyx Chamber built in Norman style holds the abbey's plate. You can also pop into the Undercroft Museum where you'll see some impressive wood and wax effigies of generations of important figures from medieval monarchs to Nelson. Having emerged from the cloisters, you get to see the nave which stands at an impressive 100 ft in height and is also the tallest in England. Heading for the main exit, you'll see one of the most famous monuments here as you depart. The sobering monument is the Tomb of the Unknown Soldier which lies just in front of the west door. 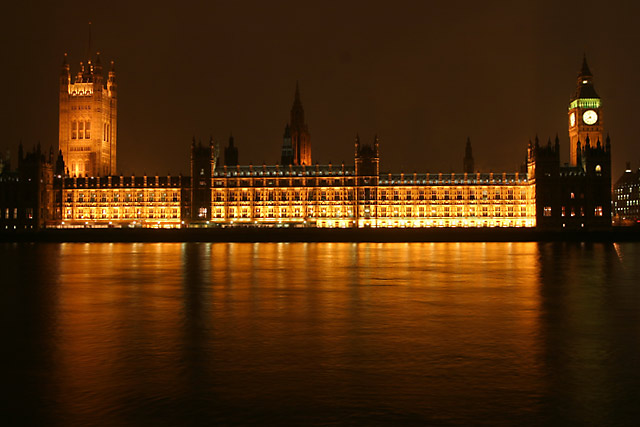