While Stonehenge may be more famous, Avebury is actually older, quieter and also free. The charming village lies alongside the free standing stones. Avebury is part of a stone circle which is divided by roads into four sectors. The circle has been estimated to date form 2500 to 2200 BC which means that it falls between the first 2 stages of the construction of Stonehenge. In all, it is believed that some 98 stones were originally used to create an outer circle. The freestanding stones are between 3 and 6 m in length and can weigh an incredible 20 tons. It seems that the stones were chosen according to their shape and size but left mostly in a natural form. The stone circle itself was encased in another circle formed by a ditch between 6m and 9m deep and a 5.5m high earth bank. Inside the circle itself were 2 smaller circles, the one in the north with 27 stones and one in the south with 29 stones.

Although the stone circles were preserved through the Roman period, around 600 AD a Saxon settlement grew within the circle. The first real blow to the circle came with a growth in the power of the church and a current fear of paganism which led to many of the stones being buried during the medieval period. Later, village expansion in the 1600 and 1700's led to the some of the circle's stones being used as common building material. In a fortunate move for posterity, William Stukeley had surveyed the site and left a record of what had existed till then. Then in 1934, Alexander Keiller took an interest in what he saw as "the outstanding archaeological disgrace in Britain". He oversaw the re-erection of some of the buried stones and used markers to indicate those that were no longer there. Such was his passion, that Stukeley actually bought Avebury in order to restore and preserve it for the future.

If you want to find out more about Avebury, there are museums which you can visit. The Alexander Keiller Museum holds excavations from the site and explains what has been discovered about the stones. The Barn Gallery displays a permanent exhibition of Avebury and home-movies of Keiller taken during the excavation project with his assistants. 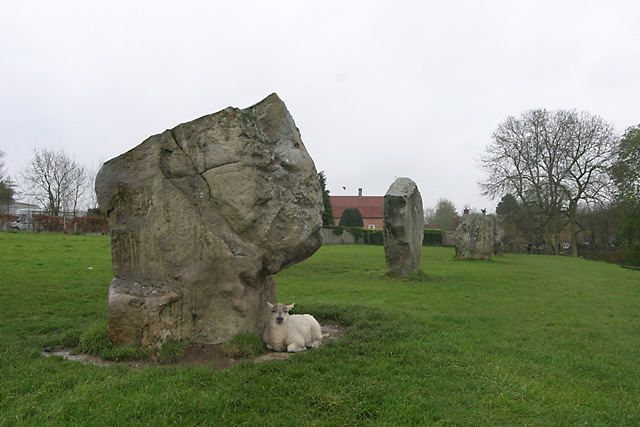