"Haven between the hills"
Julius Caesar

Strategically located just 21 miles from Calais and continental Europe, Dover's thriving port and gleaming white cliffs have played an essential role in the development of England and its psyche. Ever since the Bronze Age, boats have carried cargo and passengers between the two mainlands and today the traffic totals some 18 million passengers. As such, the first and last glimpse of the land are the 'gleaming' white cliffs which beckon the traveller, 'from the long line of spray,/Where the sea meets the moon-blanch'd land, (Matthew Arnold, Dover Beach ). So great is their imprint on the imagination that British poets have forever borrowed the Roman term 'Albion' meaning white to invoke their muse and sense of nationalism.

For many, Dover is merely a stepping stone to the holiday but to do this is to neglect some of country's great treasures. Great finds from the Bronze Age, such as a 3,550 year old boat are on display at the Dover Museum. Relics also remain from the next great era, the Roman period when the main road known as Watling Street ran between London and Dover. To aid navigation to Portus Dubris they built a lighthouse in A.D.50 which survives as one of the oldest buildings in Britain. It stands on Dover's premier tourist attraction, Dover Castle. A truly magnificent place, the castle presents a microcosm of the town's history with an Anglo-Saxon Church, a Norman motte or mound, a 12th century keep, Gothic chapel and a network of underground tunnels built in the Medieval age and last used by top military and government officials in WWII.

As a front-line defence in WWII, Dover was mercilessly bombed with the attacks flattening much of the city and its history. Nevertheless, tourists following the heritage trail will be delighted with gems such as the well-preserved, Roman Painted House and the working Crabble Corn Mill. Those who prefer the outdoors will enjoy walks in the nature reserve Samphire Hoe or along the Western Heights with its unusual, triple, spiral staircase, a Victorian relic originally built to connect their barracks to the town. 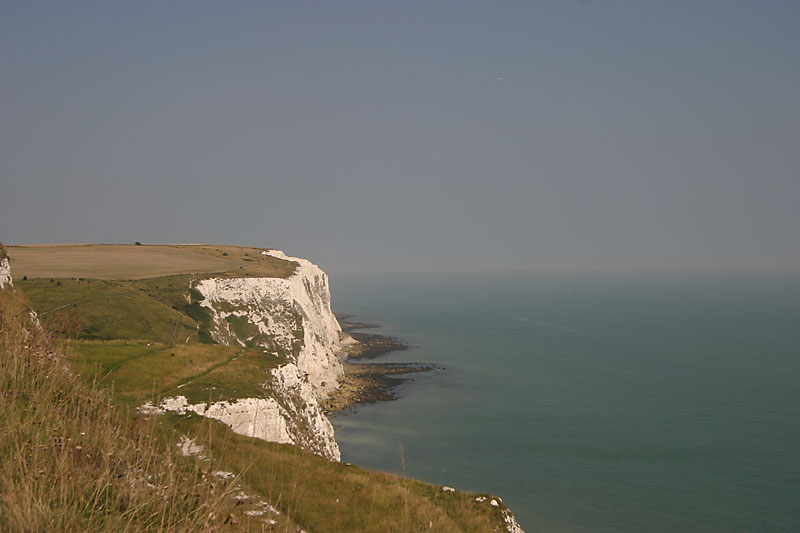