"Our England is a garden of stately views
of borders, beds and shrubberies and lawns and avenues
with statues on the terraces and peacocks strutting by
But the Glory Of The Garden"
Rudyard Kipling

Lying within the busy Brighton district, picturesque Rottingdean lies off the busy tourist trail. This is a shame. A small picture-perfect town with a historic past, visitors will also be warmed by the friendliness of the locals. The main attractions in the town are Kipling's Garden, Rottingdean Windmill, St. Margaret's Church with its beautiful stained glass windows and some traditional old inns which were once frequented by smugglers in the area.

Rottingdean developed in the Saxon age around the duck pond opposite the church. A small farming community, the town's name translates as 'the valley of Rota's people'. After the Battle of Hastings, Rottingdean was given as a reward to William de Warrenne, the Lord of Lewes in acknowledgement of his support to William the Conqueror. Due to the poor quality of the roads, the farming community at Rottingdean remained in relative isolation for centuries. At the end of the 19th century, writers and artists in the search for peace and privacy began to settle here. It's an attraction which remains true in the 21st century. Life seems to move slowly here and your encounters with the locals are sure to be friendly and rewarding.

Smuggling in Rottingdean
The remoteness of the town combined with its proximity to the sea made Rottingdean a popular spot with smugglers. The illegal merchandise of items such as tea, lace, wine and spirits were hidden anywhere and everywhere. Stashed in barns, tunnels and even churches, the goods waited transportation to the London black market. These times were romanticised in Kipling's, A Smugglers' Song, "Five and twenty ponies/Trotting through the dark/Brandy for the Parson/Baccy for the Clark." You can still visit some of the smugglers' favourite haunts. The Black Horse is an inn reputed to have been the smugglers' meeting place. Alternatively, there's the Whipping Post House, where the infamous Captain Dunk lived. A butcher by day and a smuggler by night he ironically lived in front of the whipping post, stocks and ducking stool.

Rottingdean Beach
A relatively secluded beach backed by high chalk cliffs, the beach has a life guard service over the summer months. A welcome break from the noise at Brighton! 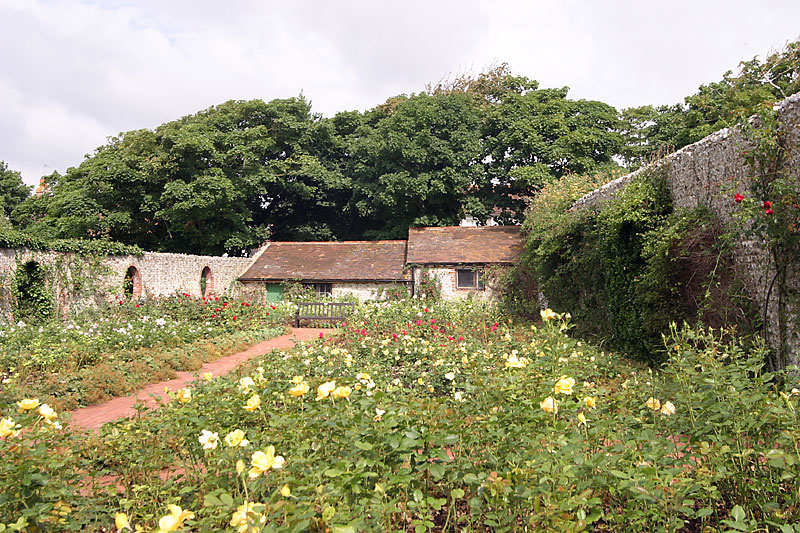