Dorchester is a market town situated in Dorset just five miles away from the popular seaside resort of Weymouth. Immortalised as "Casterbridge", the fictional town featured in Hardy's novels, Dorchester continues to act as an agricultural centre for the area. On the outskirts of town lies one of the most important Roman sites in England and the largest hill fort in Europe, Maiden Castle. Other attractions include the Maumbury Rings, once home to bloody gladiatorial battles and the more peaceful, Athelhampton House with its spectacular gardens.

Dorchester was founded in circa AD70 by the Romans who gave their new settlement the name Durnovaria. Evidence of their presence here remains in surviving parts of the town hall and the foundations of a Roman Villa. Excavations have uncovered many interesting relics which are now on display at the Dorchester County Museum. As well as the astounding Maiden Castle, tourists on the Roman trail will also want to visit the Maumbury Rings. Originally built in the Neolithic era, the site was taken over by the Romans and adapted to serve as an amphitheatre and entertain the public with gladiatorial combats. The bloody theme continued long after the Romans departed with the site being used for bear-baiting and hanging right up till the Middle Ages.

Two fires in the 17th and 18th centuries destroyed much of the town but there remains an abundance of tourist and historic sites to be enjoyed here. A large statue in town commemorates a local literary giant, Thomas Hardy, one of the greatest English writers. A tour of the town will reveal the inspiration for his bleak outlook in life. In Hardy's novels, common workers such as dairymaids or stonemasons are trapped by unrelenting poverty within an unforgiving society. In Jude the Obscure one child hangs his siblings before committing suicide so as to not to be a burden upon his parents any longer. Tess of the D'Urbervilles offers an equally bleak future with a young maiden who is raped and involuntarily set upon a winding path to destruction. The fiction is a fair representation of the harsh life which most of the population of England enjoyed at the time. Testament to this is the historic courthouse which witnessed the trial of the Tolpuddle Martyrs. A group of men who campaigned for a fair wage, they were sentenced to transportation by 'Hangman' Judge Jeffreys. An infamous figure, he was dubbed the 'Hangman' after sentencing 292 men to death for their involvement in the Monmouth Rebellion. You can visit the courthouse in which he presided and the prisoner cells where the Tolpuddle Martyrs were once locked up.

Dorchester offers more attractions for the historically inclined with the much acclaimed Tutankhamen Exhibition, a fantastic and faithful replica of the original tomb of this powerful Pharaoh. On a different note, the Dinosaur Museum is a must for amateur and professional palaeontologists alike. On the outskirts of town, you can also visit the former homes of Thomas Hardy or the beautiful gardens of Athelhampton House. 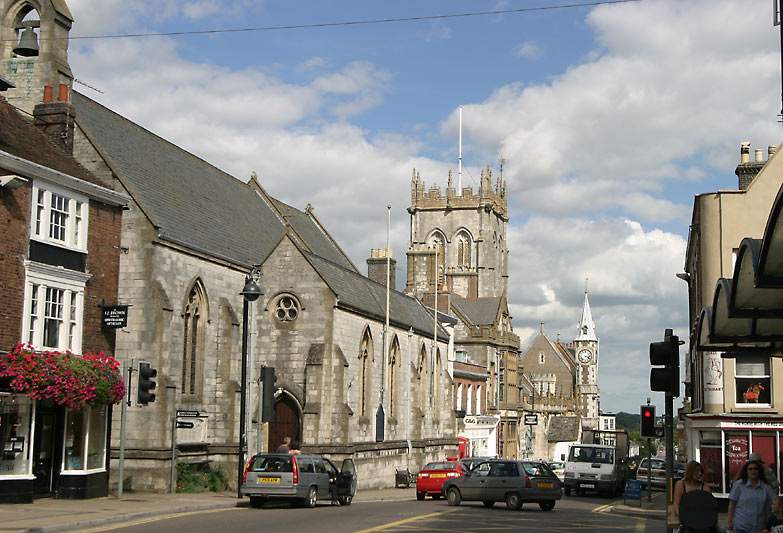 Bank is not merely the financial sector but also offers some of the finest architecture in the city. Unfortunately, what we see today are the remains ....