Situated along the beautiful English Riviera, little Brixham is one of Britain's most picturesque and historic harbour towns. The fishing harbour at Brixham saw the building of the first sailing trawlers and fostered the birth of the industry in England. Nowadays, Brixham is still at the forefront of the fishing industry in Britain and you'll be able to see the fleet of trawlers from the platform at Newquay.

Full of atmosphere with its narrow streets and steps, Brixham is a popular summer tourist destination with various attractions. You'll stroll past the little marina with its reconstruction of the Golden Hinde, watch fishermen at their work and pleasure yachts setting sail.

The most important event at Brixham was the arrival of William of Orange who landed here in 1688 in order to take the Crown of England. This milestone is now marked by an obelisk and stone. Nearby, Berry Head also played an important role in the history of the nation and the forts and canons which you'll see here on your visit were once used to defend England against Napoleon's advances. The historic site is now home to Berry Head Nature Reserve and a haven for the endangered horseshoe bat. 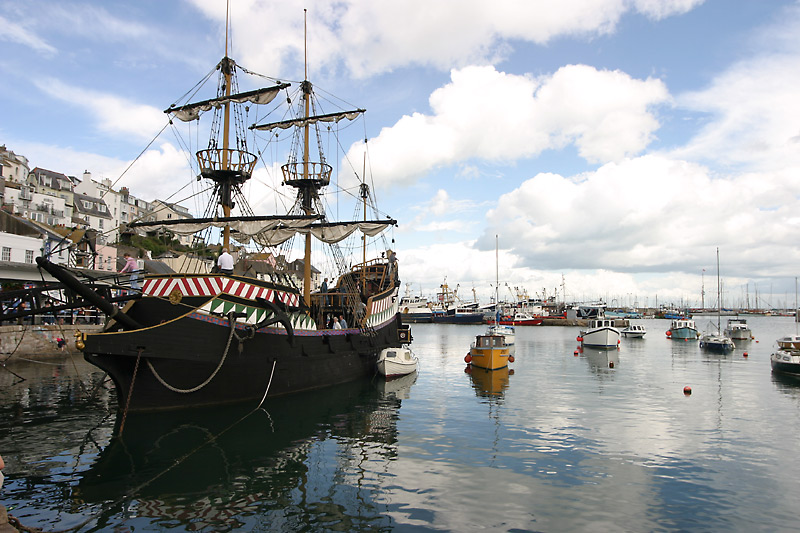 the name of this historic, riverside town made its name into the world's culinary repertoire by the habits of John Montagu, the Fourth Earl of Sandwi ....