Lying on the fringe of Dartmoor National Park, Sourton is a wee village with just over 400 inhabitants within the area.

Visitors to Sourton come mainly for one reason " the weird and wonderful Highwayman's Inn. The entrance door is shaped like a carriage but once you've walked inside these doors, you've walked straight into a fairytale where nothing is what it seems. In one bar a gnarly trunk turns out to be a serpent while another is the bowel of a ship. Every nook and cranny is filled by mysterious curiosities and passing through those Gothic arches, you never know whether you'll emerge into a hideaway or an enchanted garden. The mystically minded will attribute this to the numerous ghosts which walk the place. Certainly, Sourton's Highwayman Inn first served as a pub in the 13th century " ample time for a lost spirit to get comfortable! So, whether you need a room for a night, a bit of inspiration in your life or simply a beer, the Highwayman Inn in Sourton will more than satisfy your thirst. 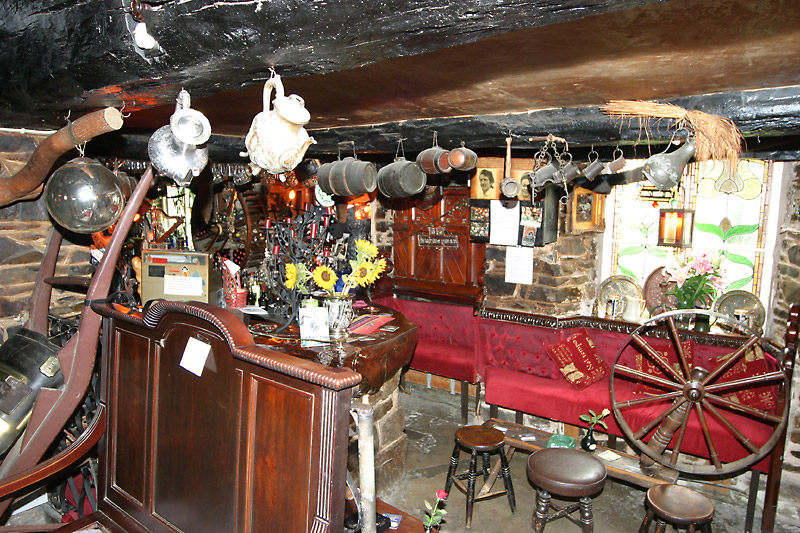