Commonly referred to as the Jewel of Exmoor, Dunster abounds in Old World Charm. Boasting over 200 listed buildings, this medieval village is a Somerset gem, little changed over the last 200 years.

Spectacularly dominating the landscape is Dunster Castle. Sitting on a hill with its turrets and towers peeping through trees it looks like something out of a fairytale. However, Dunster Castle's history has been anything but tranquil. First built as a stronghold after the Norman Conquest of England, Dunster Castle was besieged many times and severely damaged during the Civil War. It was substantially remodelled in the 19th century and now boasts fine plasterwork ceilings, terraced gardens and superb views over Exmoor and the Bristol Channel.

Wandering through Dunster is a pleasure in itself and it's hard for even the least historically minded not to be impressed. Dunster simply breathes history. The most unusual feature of the town is the octagonal yarn market, a relic from Dunster's heyday in the 17th century when the town was known for its production of wool and a type of cloth called 'Dunsters'. If you look up toward the beams of the yarn market, you'll still be able to see a hole made by a bullet during the Civil War.

Dunster is full of surprises. As you stroll around, you'll see the quaint packhorse bridge, thatched cob cottages, a working watermill, a medieval dovecote, a tithe barn as well as interesting speciality shops. Look out for St. George's Church. Built in the Perpendicular style, it houses a fine rood screen separating the choir and the nave. It was originally built to separate the parishioners from the monks after a domestic dispute in 1499. Other attractions in Dunster include the doll's museum, the butter cross and a trip on the West Somerset Railway.

Attractions around Dunster Just three miles out of Dunster is the attractive seaside resort of Minehead and its apricot coloured sandy beach. Minehead is also the starting-point for the South West Coast Path and scenic tours on the West Somerset Railway. If you enjoy the outdoors, Exmoor National Park offers you ancient wooded valleys, sweeping moors, Dunkery beacon and Wimbleball Lake making it a great destination for walking, cyling or horse-riding holidays. 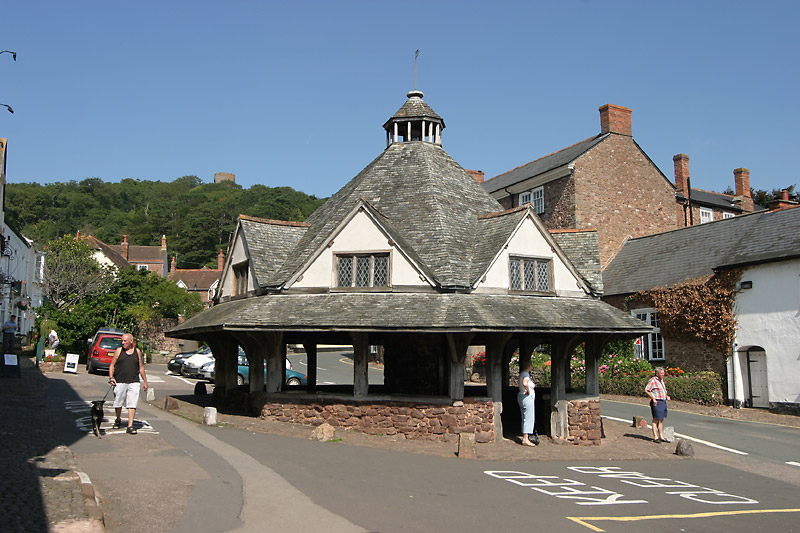 The Portobello Road market has drawn crowds since 1837. Every Saturday, the street is swamped by bargain-hunters... ....