"in that wood which slopes down to the sea"
Samuel Taylor Coleridge, The Rime of the Ancient Mariner

Situated on the edge of Exmoor National Park, Minehead is Somerset's busiest seaside resort. It nestles in the shelter of North Hill and Minehead is fronted by an apricot-coloured sandy beach which looks out to the Bristol Channel. An ideal location for a seaside holiday or as a base for outdoor activities, it is no wonder that Minehead's scenery inspired C.F. Alexander to write the hymn All Things Bright and Beautiful.

Minehead first became a tourist hot-spot in the 19th century. The Victorians arrived here in droves, their adventures facilitated by new railway lines. They left their mark on Minehead's architecture which has changed little since the turn of the century. For that matter, neither has the railway. Minehead is the first or last terminus on the West Somerset Railway, a scenic tour upon yesterday's transport. Passing through ten unique stations, steam locomotives will take you on a country route through the rolling Quantock Hills, past sleepy old villages and offer you views of the Bristol Channel and South Wales in the distance.

Boasting a beautiful seafront and wonderful floral displays, Minehead is also a premier location for family holidays. The main tourist attraction is Butlin's, a holiday camp which provides activity-filled breaks for families. However, if you prefer to relax away from the madding crowd, Minehead is just the place to begin your journey. The South West Coast Path, is marked by a gigantic sculpture of a pair of hands holding a map. This is Britain's longest footpath, a 600 mile trail passing through Cornwall, Devon and finishing in Dorset. The route will take you through unspoilt villages and historic sites via some spectacular coastal scenery.

Attractions around Minehead
A mere three miles from Minehead is Dunster, a beautiful historic town featuring an octagonal yarn market, a pack-horse bridge, working water-mill and the fairytale Dunster Castle. Heading inland from Minehead is the great expanse of Exmoor National Park with its ancient woods, sweeping moors, Wimbleball Lake and Dunkery Beacon. It's a great place for a walking, cycling or horse-riding holidays and on your visit you'll spot red deer and shaggy Exmoor ponies. Just five miles west of Minehead is Porlock, a quaint seaside village best known for 'the man from Porlock' or the man who interrupted Coleridge's opium inspired masterpiece 'Kubla Khan', a work which he was subsequently unable to finish. 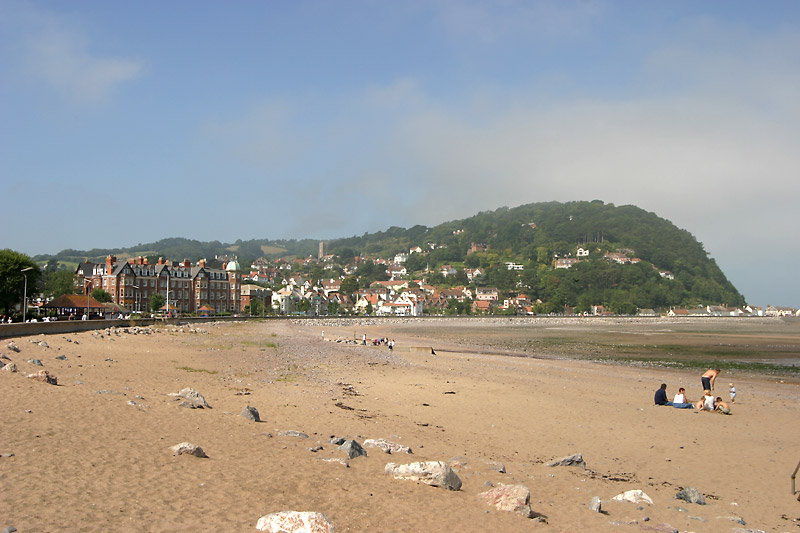 On a sunny day as children play, people sunbathe, play sports, rollerblade and stroll through the park, it is hard to picture the bygone years in the ....

A wee village built on a linear plan, Colyford is quiet destination great for those interested in exploring the outdoors. Attractions in Colyford inc ....

Brighton is England's no.1 seaside resort. With 11km of beach and sand, the largest gay population in Europe, prehistoric sites and some examples of ....