"Shaston, the ancient British Palladwr, was, and is, in itself the city of a dream."
Thomas Hardy's description of Shaftesbury in Jude the Obscure.

A historic market town, Shaftesbury is perched on a hill above Dorset's Blackmore Vale. At 750ft above sea-level, Shaftesbury offers fine views over three counties and from different vantage points, you'll be able to see as far as the Isle of Purbeck to the south and Glastonbury Tor to the north west.

Shaftesbury's scenic hilltop location ruled its fluctuations in fortune over the centuries. The town was founded 1100 years ago by King Alfred who was able to build a fortified settlement here. At the same time, he also built the Benedictine Abbey with the help of his daughter Ethelgiva who would become its first Abbess. It was to become one of the wealthiest nunneries in Britain and its fortunes only came to end with Henry VIII's Dissolution of the Monasteries. So great were the Abbey's riches at this time, that it was recorded, "if the Abbess of Shaftesbury and the Abbot of Glastonbury Abbey had been able to wed, their son would have been richer than the King of England". When the Abbey was dissolved the lands were sold and its structures demolished. As you tour Shaftesbury today, you'll see many buildings made out of grey Chilmark limestone, or stones which were salvaged from the Abbey.

Lying on several ancient trade routes, Shaftesbury was known for its market in the Medieval era. Thursday is still market day but nowadays Shaftesbury is most famous for Gold Hill. This much-photographed road with its thatched cottages lining a cobbled paved street is a picture of a bygone age and is now commonly used to represent Dorset. Conveniently for the tourist some of Shaftesbury's attractions cluster in the vicinity of Gold Hill. In one of the cottages at the top of Gold Hill, you'll see the Shaftesbury Town Museum. Here you'll find samples of buttons which Shaftesbury was once famed for and the Byzant, a gold festival totem. On the opposite side of Gold Hill's famous cottages, you'll see the buttressed precinct wall of the Abbey. You can wander through the remains of the structures and relive its history in the Abbey Museum. Behind the Abbey is a quaint, marked house " this lies in the exact location as the schoolmaster's house in Jude the Obscure . On clear days, the views stretching from Shaftesbury are an attraction in themselves, simply head to Castle Hill and Park Walk and let your eyes do the rest!

Attractions around Shaftesbury
Lying on the border of Wiltshire, a trip to Shaftesbury can be easily combined with the pleasure of visiting Stonehenge (about 26 miles). A similar distance will take you to a completely different kind of attraction and the seaside resorts of Poole and Bournemouth. Other attractions near Shaftesbury include the Compton Abbas Airfield, a family attraction with vintage aircraft, small planes and frequent flying action. Another good attraction for kids is the Larmer Tree Gardens where kids can explore hidden arbours and follies and be dazzled by peacocks. Garden lovers will also enjoy the gardens and statues around the lake at Stourhead (NT) about 10 miles from Shaftesbury. About 5 miles to the north east of Shaftesbury are the romantic ruins of Wardour Castle, never restored after the castle was besieged in the English Civil War. Shaftesbury also offers access to some great walking and cycling. You can take short circular walks or hike on the long-distance Wessex Ridgeway. For historic sights try Hod and Hambledon Hills or Win Green, Fontmell and Melbry Downs for their unique flora and fauna. 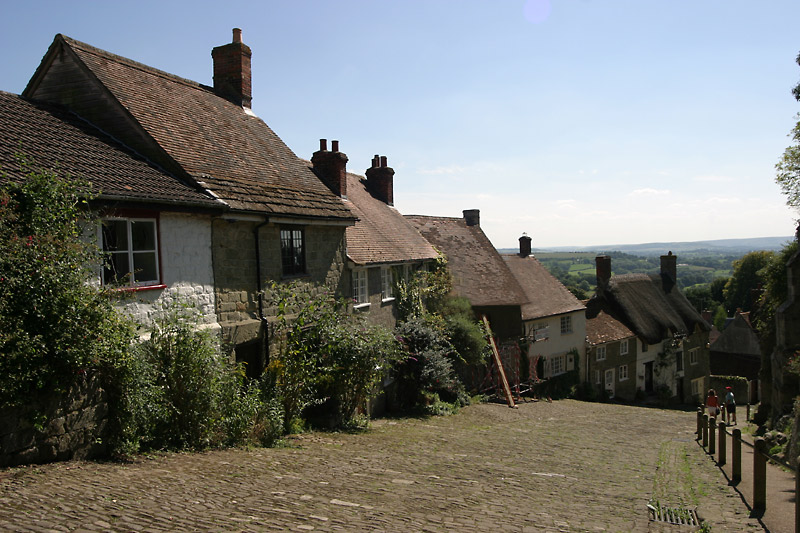 Boasting the largest, natural harbour in Europe, Poole will delight anyone with a watersport or maritime interest. Key attractions to be seen are Poo ....