A coastal resort situated between Lyme Regis and Sidmouth, Seaton makes an ideal base for exploring the Dorset and East Devon World Heritage Jurassic Coast.

Seaton is most famous for its historic tramway. You'll take a step back in time boarding at the Victorian-styled terminus in Seaton and ending at the medieval village of Colyford. A heritage narrow gauge tram will take you by the Rivers Axe and Coly and also pass through a couple of nature reserves. Your tour will give you the opportunity to see various wildfowl while experiencing yesteryear's transport.

Back in Seaton, an esplanade over a mile long looks on to a pebble beach and out to sea. You can also stroll around the harbour but keen walkers will want to take the South West Coast Path which passes through Seaton. This is great walking territory and the path will take you through the spectacular Undercliff Nature Reserve on your way to Lyme Regis. If that's all too energetic for you, you might prefer to relax at watch the wildlife at Seaton Marshes Nature Reserve . Situated near the Seaton Tramway and Seaton Information Car Park, the reserve offers a birdwatching hide and the opportunity to see a variety of wildfowl (teal, wigeon, curlews, redshanks and common sandpipers) in the winter and insects such as dragonflies and butterflies in the summer.

Seaton is well used to catering for tourists. The town first made a name for itself as a seaside resort in the Victorian age and as you stroll around you'll see the architectural imprint they left on the town. Other attractions in Seaton include the Axe Valley Heritage Museum which details the history of Seaton and the area. It also displays a wonderful collection of photographs which are mostly drawn from the E. Gosling collection.

Attractions around Seaton
Whether you're walking or driving there's plenty of attractions to keep your interest in the vicinity of Seaton. The coastline is well worth exploring and heading toward Lyme Regis is a journey of adventure for walkers, geologists and fossil hunters. Alternatively, you may want to explore the other little villages in the area. Nearby is Beer, a town once famous for smuggling, it is now better known for the Beer Quarry Caves. Adventurers will enjoy this underground network of tunnels created by quarrying for Beer stone. Also in Beer is Pecorama, a miniature steam railway that's a great big and little kids attraction! Other villages you may want to explore are the medieval village of Colyford and the NT village of Branscombe where you can see the restored Old Bakery, Manor Mill and Forge. 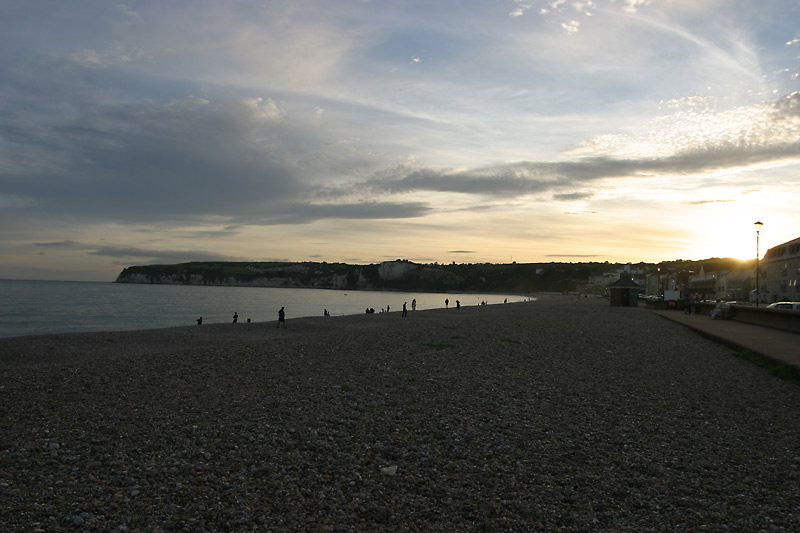 This Saxon town located on the edge of Dartmoor National Park was once famed for its production of silver pennies. Today Lydford is known for the spe ....