Lewes (pronounced loo-is) is a historic market town situated upon a spur above the River Ouse. Surrounded by the chalk cliffs of the South Downs to the east, Lewes is charmingly dominated by an imposing Norman hillside castle. Ever since the Saxons, each generation has left their imprint in Lewes and there's a wealth of architecture and history to be enjoyed here.

Lewes first gained importance with the Saxons who built the town conveniently situated on their trade route. They named Lewes, 'Hlaew' meaning hill. You can walk in their footsteps along the High Street, the route which the Saxons used to and from Lewes and the port on the River Ouse. You'll be intrigued with the variety of old buildings and the twittens or little passageways. Although the core of Lewes township is Georgian in aspect it has been predominantly built upon its original medieval layout. Look out for the Mathematical Tiles which are a feature on many houses. Red and black mathematical tiles came into fashion in the 1780s, usually hung on timber frames they saved frontage space and imitated brick. You can also visit the Anne of Cleves House and Museum, a charming Tudor house which belonged to one of Henry VIII's former wives.

Lewes township provides a collage of England's past. On Keere Street you'll see evidence of a huge entrenchment which was built in order to protect Lewes against raiding Danes. After the Norman Conquest of Britain, Lewes was given to William de Warrene who built Lewes Castle on the site of an old Saxon fort. Other famous visitors include the Prince Regent who came here and notoriously accepted a wager to take his carriage down the precipitously steep Keere Street. Tom Paine, the philosopher who influenced the French Revolution with his publication of, 'The Rights of Man' lived in a house here in Lewes and met his future wife.

The political and religious turmoil which rocked England in the 16th century brought misery and strife to Lewes. Henry VIII, as head of the new Church of England, went on a rampage against Catholics and their properties. In Lewes, the large Cluniac Priory would also fall victim to his wrath and greed. Succeeded by his son Edward VI, Protestant belief took root but havoc would return to England and Lewes with Edward's death. Queen Mary I would enforce her Catholic beliefs upon the country and Lewes was hit during the Marian Persecutions in which 17 Protestants were burnt to death on Lewes High Street. Their tragic deaths are commemorated every year in the famous Lewes Bonfire Night which also pays tribute to the unsuccessful Gunpowder Plot when Catholics attempted to assisinate the Protestant King James I.

Lewes is surrounded by wonderful countryside and a network of footpaths lead onto the Downs, Ouse Valley and the Weald. You can also visit the nearby Railway Land Nature Reserve which was originally partly railway sidings. The habitat now includes ponds, watermeadows and woodland. Particularly good for bird-watching the observation hide is a converted signal box. Alternatively, there's the Malling Down Nature Reserve, Designated Site of Special Scientific Interest. Chalk downland, flora and the very rare Adonis Blue Butterfly can be seen here.

The Saxon Lanes and Twittens
These parallel lanes and pedestrian alleys, dropping steeply from the High Street to the town's southern defences probably date from the planning of Lewes as a Saxon stronghold by King Alfred the Great in circa 890 A.D. Some have now been widened into roads but would have originally looked much as Walwers Lane and Church Twitten do today.

Keere Street
Steep, cobbled Keere Street was partly built on the dry ditch of the town wall. At the top in the High Street is the 15th century bookshop. A milestone giving the distance to London is set in the jettied timber framing. Nearby Bull House was remodelled about 1583 with carved satyrs and a gabled porch. Tom Paine lodged here between 1768 and 1774 and married his landlord's daughter. Later he emigrated to the New World where he championed American Independence and wrote the great democratic text, "The Rights of Man" which fuelled the French Revolution. Behind is the Westgate Unitarian Chapel built in 1700. 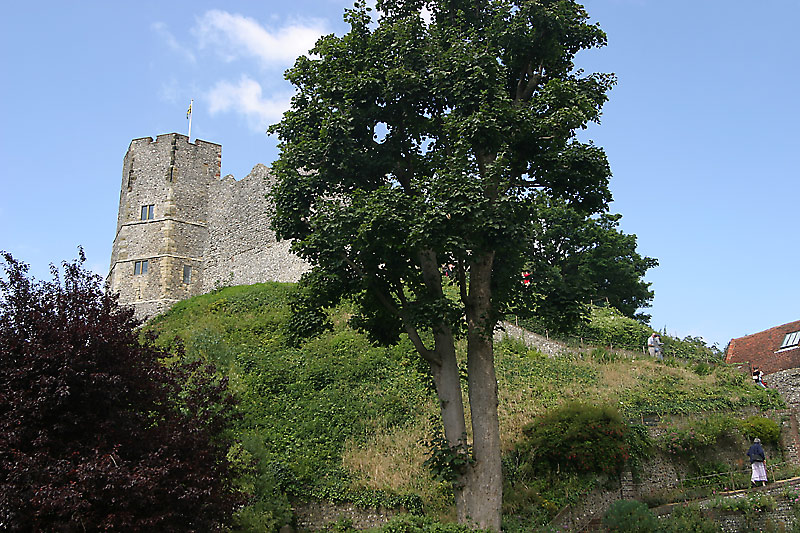