"When I beheld it, Lord! thought I,
What justice and what clemency
Rath Lydford when I saw all!
I know none gladly there would stay,
But rather hang out of the way,
Than tarry"
William Browne

An important place in the later Middle Ages, Lydford is now a quiet town on the edge of Dartmoor National Park. Lying on the banks of the River Lyd, a short distance from the spectacular Lydford Gorge, this ancient town once famous for the production of silver pennies is located in an area ideally suited for walking, cycling and touring holidays.

Now a rather sleepy place, Lydford was once an important centre. The town was first established as a fortified stronghold by King Alfred in circa 880A.D. It was a well chosen spot to defend the south west of England. Steeply sloping to the south and east, Lydford was only vulnerable to attack from the north. Here a wide stone and earth bank was constructed, a defence work which has survived almost entirely for over a millennium. The Normans quickly recognised Lydford's strategic location and immediately after the conquest set about building a castle to defend the area. The remains of this castle at Lydford may still be seen to the south side of St. Petroc's Church. Although all that remains are its earthworks, it's worth visiting just for the views over Dartmoor. Just 20 years after the first castle at Lydford was constructed, the Normans having suffered at the hands of rebellious villagers, built a new castle. A typical motte and bailey castle, Lydford Castle is unusual in that it survives as the first purpose built prison in the country, a 'strong house' for royal prisoners.

Lydford Castle housed the Stannary Court as well as the prison and earned a reputation for harsh, arbitrary judgements on its inmates over the centuries. So notorious did it become that it gave birth to a Devonshire saying, 'First hang and draw, then hear the cause by Lydford Law.'. On your visit, you'll see a three-storey roofless tower sitting upon a neat mound. You may want to keep your wits about you though. The gory tales which emanated from the goings on in Lydford Castle have never been forgotten and the place is said to be haunted. There have been sightings of a man who haunts the dungeons and strangely enough of the spectres of a bear and a black pig. The latter snorting apparition is said to be the ghost of Judge Jefferies although this notorious judge and the Bloody Assizes were never actually held at Lydford.

Lying in the vicinity of Lydford Castle is the Castle Inn. Dating from the 16th century, this ancient structure once housed the gaoler's quarters, some of whom are still said to visit on misty nights. Still functioning as an Inn and Restaurant, the Castle Inn was also a film location for The Hound of the Baskervilles which was filmed in the 1980's. It is probable that Sir Conan Doyle visited the Castle Inn on his visits to Lydford. Head to the right from the Castle Inn and you'll come to Lydford Church. Dedicated to St Petroc, the church is said to stand on the site of shelter the Welsh saint used when he came to Lydford in the 6th century. It's worth visiting Lydford Church to see intricate wooden carvings depicting saints, flowers and animals at the ends of the pews. On your way out, why not visit George Routleigh, the mysterious Watchmaker. In the churchyard you'll see his well-known cheerful epitaph reads:

"He departed this life
Nov 14 1802
Wound up
In hopes of being taken in hand
By his Maker
And of being thoroughly cleaned, repaired
And set-going
In the world to come."


Attractions around Lydford
Lydford is a convenient base for walking excursions into Dartmoor National Park with its granite moorland, the Sourton Tors Stone Circle and the nearby peaks of Yves Tor and HighWillhayes. Another option is to head out on the Granite Way. This 11m/18km route suitable for both walking and cycling takes you from Lydford to Okehampton (it's really just part of the much longer Devon Coast to Coast Cycle Route 27 between Ilfracoombe and Plymouth). The Granite Way follows the old Southern Region Railway Line and is mostly traffic free with over 6miles/9kms being completely off-road. You'll start by passing Lydford Castle and Lydford Gorge and continue on to Meldon Viaduct, the largest steel viaduct in England. Built in 1874, the viaduct looks over an area with a complex history of over two centuries of industrial history. It's worth taking a short detour off the trail to see Meldon Dam and the views offered of the surrounding area. The trail will take you on to Sourton where you simply have to stop at the Highwayman's Inn. This eccentric fairytale structure will delight both kids and adults with its carriage shaped door, enchanted garden and gothic structures. In Okehampton, you can visit the romantic remains of Okehampton Castle and the nearby Finch Foundry at Sticklepath where you'll a 19th century water-powered forge. From here walkers may want to head along the circular "Four Villages Trail". 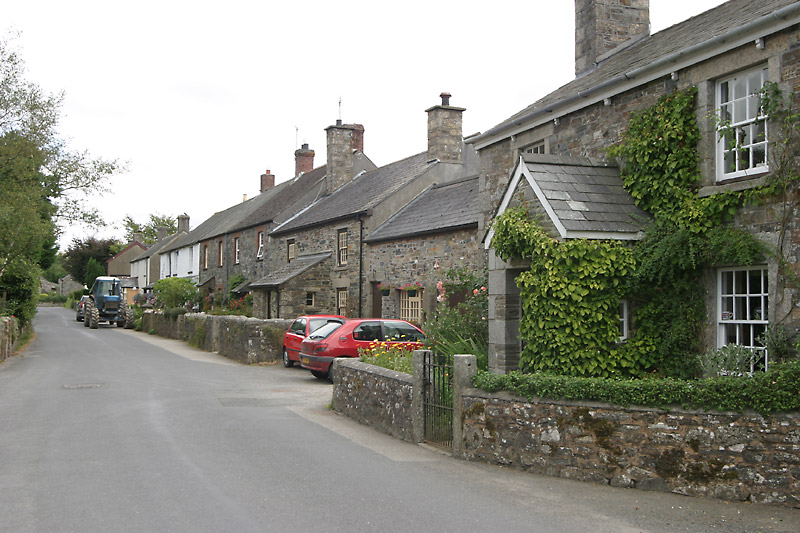 Brighton is England's no.1 seaside resort. With 11km of beach and sand, the largest gay population in Europe, prehistoric sites and some examples of ....