Situated just two miles west of Clackmannan, Alloa is the largest town in the smallest of Scotland's counties. To the south of town lies the River Forth while to the north and west, Alloa is bounded by the River Devon.

Alloa's greatest attraction is Alloa Tower, the largest surviving keep in Scotland it was built by the Erskines. The first phase of the building was erected in the 14th century but as the wealth and prominence of the family grew, so did Alloa Tower. The Erskine's were granted the much coveted title of the Earls of Mar by Mary Queen Scots who was also a frequent visitor to Alloa Tower in her childhood. By the end of the 18th century, Alloa Tower was merely an annexe to a grand mansion that had grown up around it. However, all but the Tower was destroyed when a fire swept through the place in 1800 and the buildings constructed in their stead have since been demolished.

It was largely due to the Earls of Mar, that Alloa rose in prominence in the 18th and 19th centuries. This was the Industrial Revolution and Alloa was conveniently situated to reap the benefits. Her harbour and trading port suddenly teemed with activity as Glasgow manufactures shipped their goods through Alloa and on to the continent. Coal also started to be mined in the area and industries in Alloa included ship-building, glass-making, engineering, brewing and weaving. Most of these companies had disappeared by the end of WWI and of the 20 breweries which once thrived here, only one, Williams Brothers is still producing Alloa ales. Similarly, most of the old architecture has gone but remaining buildings of architectural interest include the Burgh Chambers (1874), the old Church of St Mungo's (1817) with an incorporated 17th century tower, the 18th century Mar Inn and St Mungo's Parish Church (1819) which is one of the finest neo-perpendicular, Gothic hall churches in Scotland. An other attraction for visitors in Alloa is the Alloa Museum and Gallery. Situated with the Speirs Centre on Primrose Street, the exhibits on display detail the history of the town. 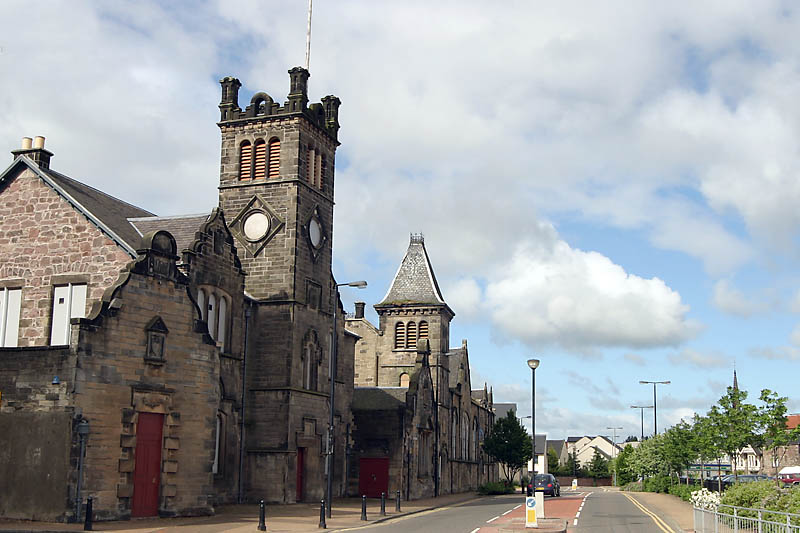