Perched upon a 250ft rocky volcanic crag, Stirling Castle is so strategically located that it was considered to be the military key to Scotland. Indeed, Alexander Smith described it as a 'a huge brooch clasping Highlands and Lowlands together'. Protecting as it did the only crossing of the River Forth which gave access to the Highlands, holding Stirling was necessary for anyone who wanted to rule the country.

Stirling's Castle's strategic importance led it to be a central player in many of Scotland's most dramatical historic scenes. Besieged no less than 8 times, it has seen Royal births, murders, surrenders, victories and has even been the cause for the creation of new military technology. The Battle of Stirling was clearly visible from its castle walls while the Battle of Bannockburn occurred to prevent the English from relieving the soldiers within it. Other dramatic moments include a murdered Earl of Douglas being thrown unceremoniously out of the window by James II and.Mary Queen of Scots' baptism within the Chapel Royal.

Although the site on which Stirling Castle is built probably saw action as far back as the Picts, its first written record dates to the 11th century. In 1124 Alexander I died at Striling Castle while William the Lyon died here in 1214. However, it was the Wars of Independence in the late 13th and early 14th centuries that really sealed Stirling Castle's historic importance.

Edward I was so determined to take over Stirling Castle that he actually had the largest trebuchet ever built specially designed for the attack. The Scots had already endured 3 months of seige within Stirling Castle's walls and surrendered to Edward. He refused the offer, presumably so as to see the effectiveness of his new toy. Succeeding in taking over Stirling Castle, the English army was garrisoned there for the next 10 years. However, by 1314 Stirling Castle was again under siege. This time it was the Scots, under Robert the Bruce's brother, Edward Bruce who were determined to win back Stirling Castle, the last remaining foothold of the English in Scotland at the time. A chivalric pact was made between Sir Philip Mowbray, the English commander and Edward Bruce that the English would surrender Stirling Castle should they fail to be relieved by an English army. Pressured and angered by this ultimatum, Robert the Bruce prepared for battle choosing his terrain carefully. One of the largest English armies ever to invade Scotland (some 20,000) met 7,000 Scots at Bannockburn. Despite their large force and cavalry, the English seemed to be only prepared in numbers and suffered resounding losses while trying to attack the Scottish schiltrons, (phalanxes of spearmen). The victorious Scots celebrated Scotland's independence with King Robert the Bruce. However, just 2 miles away, it seemed Stirling Castle would always enable a foreign invader to take over the country, and Bruce tried to have the castle dismantled.

During the less turbulent 15th and 16th centuries, Stirling Castle saw much renovation and refurbishment under the Scottish Kings. James the Third began the process with the construction of the Great Hall for meetings of the Scottish Parliameng and it is now recognised as one of the finest extant Renaissance buildings in Britain. Site of a many a glorious banquet, the Great Hall was turned into an army barracks and restoration only began with the departure of the military in 1964. The exterior was returned to original its King's Gold colour while the interior boasts a hammerbeam ceiling (constructed without the help of a single nail). This work is just part of a 20 million pound project being invested in the restoration and maintenance of Stirling Castle.

In 1496, the King's Old Building was built by James IV. Much renovated over the centuries, it served as a garrison barracks in the 18th century and suffered a serious fire in 1855. It now houses the Argyll and Southern Highlanders Regimental Museum. James V continued the architectural refinement of Stirling Castle with the construction of a new Palace. Following his marriage to Mary of Guise, he needed to make it clear that the Scots were quite quite capable of matching the fine architecture he had seen on his visits to France. Built around a central courtyard, the Palace housed the King's and Queen's apartments, the Guard Hall and the Gallery. The young Mary Queen of Scots spent her childhood here before escaping to France where she would later marry the Dauphin. She returned to Scotland and Stirling Castle after he died. However, the day after her return to Stirling Castle part of her entourage was beaten up by Lords Argyll and James. That same night, Mary almost asphyxiated herself when her curtains caught fire from a candle she had left burning by her bedside. She survived and her son James VI was christened in Stirling's Church of the Holy Rude. James VI would have the last great piece of architecture built at Stirling Castle, a (new) Chapel Royal to celebrate the baptism of his son Prince Henry.

Excellent guided tours of Stirling Castle are conducted regularly. These and entrance to Argyll's Lodging, a fine renaissance mansion (located just round the corner) are included in the price of your ticket. You'll see the Stirling Castle Exhibition, Main Guard House, Fort Major's House, Palace, Prince's Tower, Old Chapel, Chapel Royal, King's Old Building, Great Hall, Grand Battery, Great Kitchens, the Argyll and Southern Highlanders Regimental Museum and Working Tapestry Studio. To enjoy your visit to Stirling Castle it's advisable to allocate a minimum of 2 or 3 hours. Please note that Stirling Castle is currently undergoing restoration. Works are not due to be completed till 2010-2011. 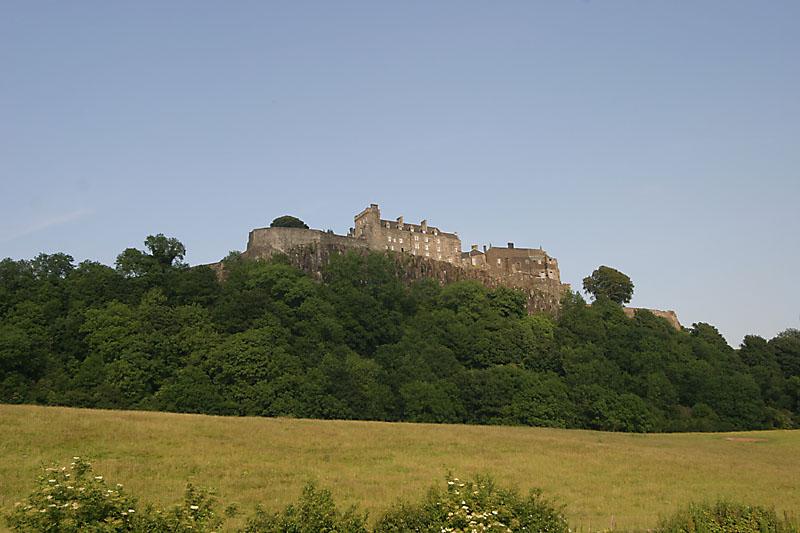 Glastonbury is a mystical town lying in the center of the Isle of Avalon, a region renowned for mystical events in the past. The region and th ....