Originally known as Castle Gloom, the castle is situated between the Burn of Sorrow and the Burn of Care, at the foot of "Doleur" Glen. While these names paint a picture of a harsh, woeful place, Castle Campbell's setting on an isolated hill above Dollar, is one of the most picturesque in Scotland.

Castle Gloom originally belonged to the Stewarts but passed into the hands of Colin Campbell, 1st Earl of Argyll through his marriage to Elizabeth Stewart toward the end of the 15th century. It is hardly surprising that he soon set about changing its reputation. A four storey tower was soon constructed and followed by an Act of Parliament which allowed the castle to be renamed Castle Campbell. The main seat of the Campbell Clan in the lowlands, the castle provided a fitting seat for one of the most prominent of all the clans. As supporters of the Crown, the Campbells were mostly left to their own devices by the other clans (except for the MacDonalds with whom their feud passed down the centuries). This general state of peace allowed them to accrue wealth and sizeable estates and the eminent position in society of the Dukes of Argyll.

Well situated with relation to the royal residences at Stirling and Falkirk, Castle Campbell was also well situated against an attack. Situated upon a 350ft mound and originally surrounded by a chasm with access only via a drawbridge, Campbell Castle would have been an impregnable stronghold. Unfortunately, the invention of artillery put paid to this and would also seal castle's fate. In 1645, Castle Campbell suffered the brunt of an attack by the Macleans, supporters of the Marquis of Montrose. However, the end of Castle Campbell's glory days would not come for another 10 years. In the Great Civil War, the 8th Earl of Argyll, initially supported Charles I but then switched his favour to Cromwell. The decision was costly. Cromwell and his supporters occupied Campbell Castle in 1653 but a year later it was burnt by enemy clansmen. Castle Campbell was left to the elements while the 8th Earl of Argyll was hung, drawn and quartered eight years later, for committing treason against the king.

On your visit, you'll walk in the footstep of Mary Queen of Scots who visited Campbell Castle for a wedding in 1563. You'll also see John Knox's pulpit, a spot in the south west corner of Campbell Castle from where he preached his sermons. You'll want to linger over the fantastic view from the landscaped garden. Walkers will enjoy exploring the various paths in the nearby Dollar Glen. Check with Historic Scotland for regular events held at Castle Campbell. 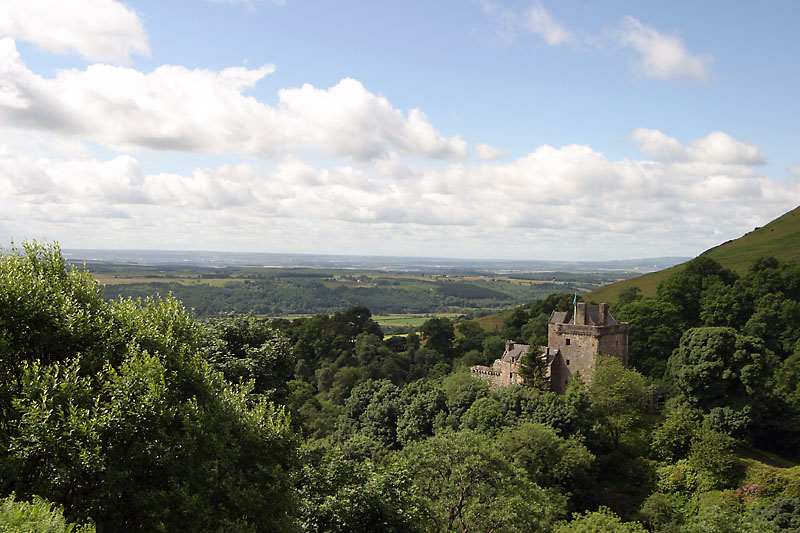 The unofficial capital of Royal Deeside, Braemar is most famous for its highland games which are one of the most popular gatherings of its kind. Brae ....