Historically one of Fife's Royal Burgh's, Pittenweem is the only village in the East Neuk (or corner) of Fife to have retained one of its oldest traditions, fishing. The village boasts a lively working harbour where fishermen land their catches in much the same way as they have done for centuries. If you like fish, you'll be spoilt for choice here whether you're eating in a restaurant, buying it fresh from the daily fish market or getting a good old fish 'n' chips takeaway.

Pittenweem owes its name to the Picts who called it after its best known feature, a cave associated with St Fillan. Literally translated, Pittenweem refers to the "pit" or "place" by the "weem? or "cave". It is unsurprising that the works of St Fillan should have had such an effect on the local Picts. Not only did he convert them to Christianity but he is reputed to have written in the dark confines of his cave aided only by the light of his glowing left arm. Re-discovered in the early 20th century, St Fillan's Cave with its holy well and altar can still be seen in Cove Wynd. Visitors to Pittenweem can pick a key from the Gingerbread Horse Coffee Shop on High Street.

As you walk around the harbour and watching the fishing boats come and go, you'll see Pittenweem's older buildings, cleanly whitewashed with red pan-tiled roofs and crow step gables. Passing St Fillan's Cave on Cove Wynd, you'll come to Pittenweem Kirk and the Tolbooth Tower which once housed the council chambers as well as witches waiting for their unfortunate trials. In 1704, Isobel Adams from Pittenweem who bore the 'devil's mark' was held here awaiting one of the last witch trials in Scotland. On High Street, you'll see Kellie Lodging, the 16th century town house which once belonged the Earls of Kellie Castle.

The best time to visit Pittenweem is in the first week of August when the Pittenweem Arts Festival is held and Pittenweem comes to life with art, live music, comedy and a co-current children's festival. 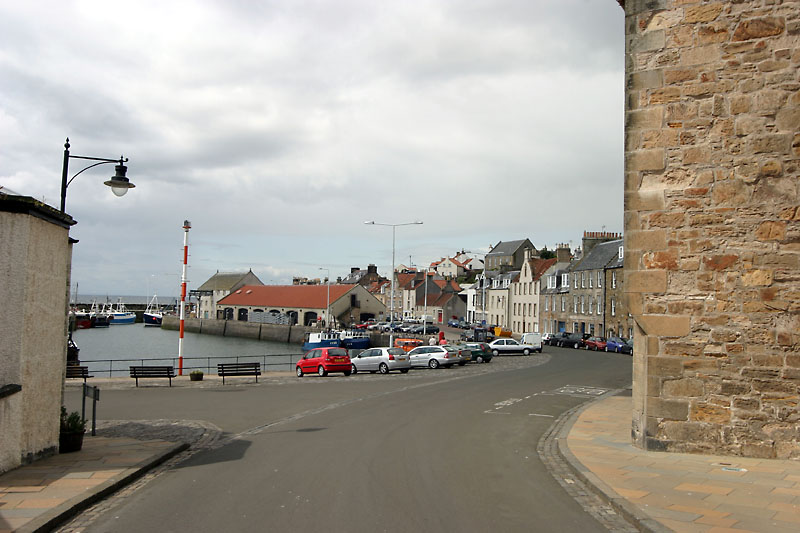 The ancient capital of Scotland and final resting of King Robert the Bruce, Dunfermline boasts a square mile of historic attractions including Dunferm ....