"Anstruther is a place sacred to the Muse; she inspired (really to a considerable extent) Tennant's vernacular poem ANST'ER FAIR; and I have there waited upon her myself with much devotion."
Across the Plains by Robert Louis Stevenson

Situated in the east corner of Fife between Crail and Pittenweem, Anstruther, known locally as Ainster, is a picturesque port. Anstruther's harbour once thrived on the herring trade but nowadays its berths are mostly occupied by pleasure vessels. The village is a beguiling place to explore with its cobbled streets, narrow wynds, white washed cottages, crow stepped gables and red pantiled roofs.

Anstruther was originally an independent burgh but since 1929 has consisted of the three medieval burghs of Wester Anstruther, Easter Anstruther and Kilrenny. Granted a royal charter in 1587, Anstruther gained a reputation for its annual fair which would later inspire William Tennant's poem, Anster Fair.

Anstruther's importance as a fishing centre, dates to at least the 14th century. At the time, the land of Anstruther Easter harbour was owned by the Balmerino Abbey and the monks received salted herring in rent for space to dry their nets. The Scottish Fisheries Museum is now housed in the 16th century lodging of the Abbots. A fascinating place to visit in Anstruther, the award-winning museum houses 18 boats with colourful exhibits which explore various aspects of the fishing industry from whaling to salting fish. Of course, the museum also brings to light Anstruther's former key role in the Scottish fishing industry.

Walking around the narrow streets of Anstruther, you'll come to the 16th century Smuggler's Inn. Standing beside Dreel Bridge, goods such as wine, tobacco and cloth were smuggled into Scotland while linen and coal were illegally exported. In the 18th century, the rebellious Jacobite conspirators held their meetings here. Nearby, in the wall of Wightman's Wynd, you'll see the remains of Dreel Castle built by Sir William Anstruther. Crossing over the burn into Anstruther Wester, don't miss Buckie House, which was covered by its Victorian owner, Alex Batchelor with shells. In Anstruther's cemetery, you'll see a monument to a Tahitian princess who died in Anstruther in 1898. On a clear day, from Anstruther harbour, you'll also see a lighthouse on the Isle of May, erected by Robert Louis Stevenson's grandfather. In 1588, when Scotland was still an independent entity, one ship from the defeated Spanish Armada fleet stopped in Anstruther. The ship's commander Jan Gomez de Midini, was pleasantly surprised by the hospitality offered to him and his crew by the people of Anstruther. A few years later, Anstruther's generosity paid off when one fishing boat from Anstruther was wrecked overseas. Marooned in a strange land, Midini discovered their unfortunate situation and re-equipped them handsomely before sending them back to Anstruther.

Once the capital of the Scottish fishing industry, Anstruther survived on fishing and trade. Until the plentiful shoals of herring disappeared in the mid 20th century, locals in Anstruther were predominantly employed in activities such as fishing, curing, making sails and ropes. Nowadays, the busiest port in the East Neuk of Fife is Pittenweem. Although fishing boats do still leave from Anstruther harbour they now fish for shell fish. 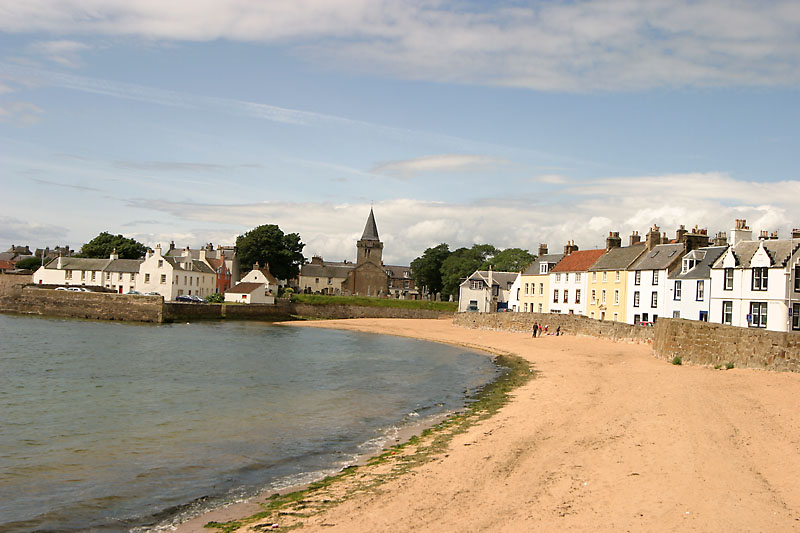