The first evidence of a castle at Newark is in the 13th century when Alexander III spent his childhood here. Newark Castle would pass into the hands of MacDuffs, Kinlochs and the Sandilands before coming into its own under Sir General David Leslie in 1649. Sir Leslie was one of Scotland's greatest Generals and is remembered for the role he played in the Covenanting Wars against Charles I. He fought with Cromwell and won the Battle of Marston Moor in 1664 and would also successfully quell the Scottish Civil War in the decisive Battle of Philiphaugh fought against the Marquis of Montrose and his Royalist Force in 1647. By 1650, a change in Scottish politics and the death of Charles I led to Sir Leslie finding himself fighting for King Charles II against Cromwell. A great tactician, Sir Leslie played his cards carefully when Cromwell invaded Scotland in 1650. He withheld a siege in Edinburgh and after giving chase had effectively trapped 11,000 English at Dunbar. Against his better judgement, Sir Leslie was pressured into the attack by his superiors and lost at least half of his 23,000 strong force. A year later, fighting yet again against Cromwell's forces, he was captured in the Battle of Worcester and imprisoned in the Tower of London. At Charles II's Restoration, Sir Leslie was released and granted the Barony of Newark along with a hefty pension. Leslie subsequently made many alterations to Newark Castle adding one storey and Dutch gables upon the roof of the hall. However, he is often erroneously attributed with the construction of Newark Doocot in celebration of his freedom but it was actually listed as one of his assets in 1649.

By the 17th century, Newark Castle was more accurately described as grand mansion rather than a castle. Newark Castle passed into the hands of the Anstruthers through marriage and later still into the Baird family. By the time it was acquired by the Thompsons in the early 20th century, Newark Castle was considered to be of no value in itself but only for the farmland it lay on. It was purchased in 2000 by a Canadian family, Crewe-Nelson who still hope to restore it. They have renamed it the Castle of St Monance.

Photos of Newark Castle and Doocot 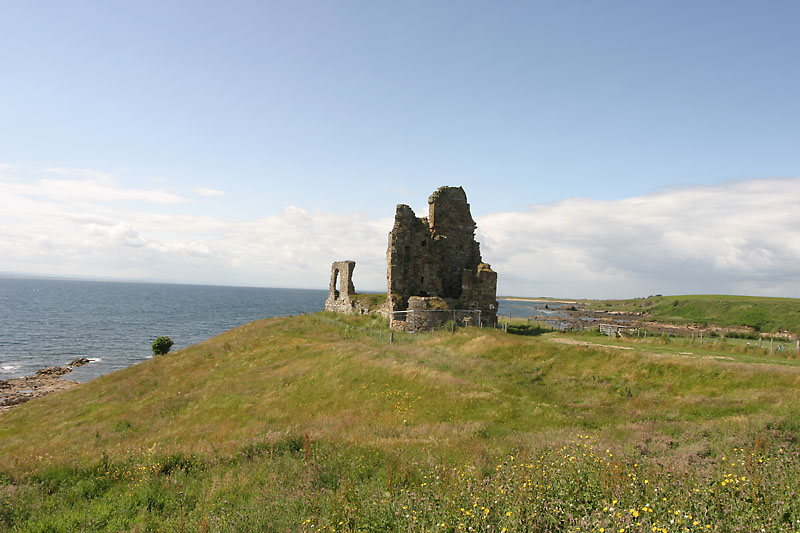 Location of Newark Castle and Doocot