"I think this is the most beautiful inland green I have ever seen."
Famous golfer, Tom Morris on the Rosemount Course at Blairgowrie Golf Club.

Fondly dubbed the "Berry Capital of Scotland", Blairgowrie is a riverside town lying on the banks of the River Ericht. Across the water, is Blairgowrie's sister community, Rattray. Joined for centuries by a bridge the two were officially united as one burgh in an act of Parliament in 1928.

Blairgowrie, known to locals as simply "Blair" lies at the centre of a raspberry and strawberry growing district and before the process became mechanised was a magnet for migrant workers. Nowadays, Blairgowrie is a magnet for a different traveller " those who come to enjoy the great outdoors. Activities such as walking, golfing, cycling, yachting or fishing are all easily accessed from Blairgowrie.

Blairgowrie is the starting and finishing point for the Cateran Trail. This historic 60 mile route will take you on a tour of the area on the same paths that medieval brigands once used on their way to Perthshire in quest of stolen cattle. Golfers are spoilt for choice with the Blairgowrie Golf Club. Established in 1889, Blairgowrie Golf Club now offers two 18 hole courses and one 9 hole course. Anglers and birdwatchers can take their pick from the 5 different lochs between Blairgowrie and the road to Dunkeld. All equipment and permits can be purchased from specialist shops in Blairgowrie.

Now a base for peaceful riverside walks, the River Ericht once provided the major source of employment in Blairgowrie. At the height of the industry, the water was used to power 11 mills, one of which had the largest waterwheel in Scotland. This was converted into Cargill's Visitor Centre which has now unfortunately been closed. However, you will still be able to see the relics of the industry by wandering up the the river. In the centre of Blairgowrie, you'll see a triangular patch of grass, known as Wellmeadow where St Ninian is said to have camped. However, you may be more interested in visiting the Blairgowrie Tourist Information Office situated across the road.

The best time to visit Blairgowrie is early September when Blairgowrie hosts the Blairgowrie and East Perthshire Walking Festival. This popular event is swiftly followed by the Blairgowrie Highland Games where you'll see the longest Tug O' War contest in the world. 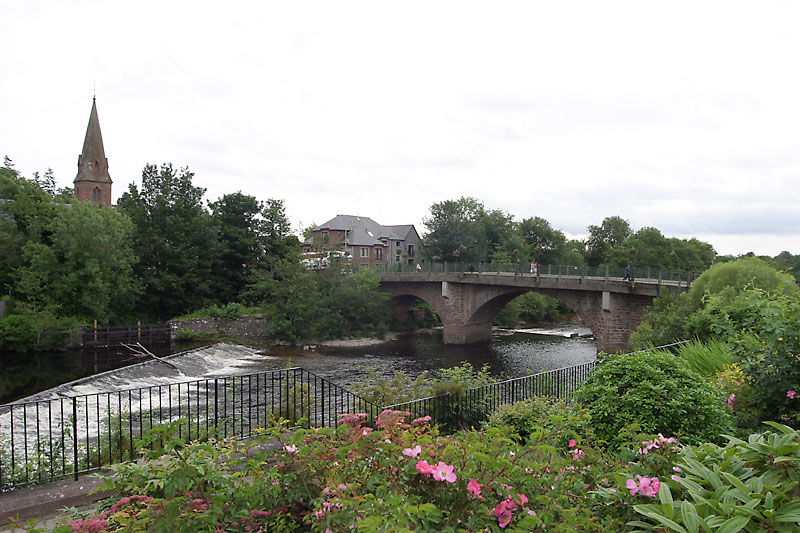 One of the oldest towns in Scotland, Forres is well-situated in area surrounded by attractions. Just a couple of miles from the Moray Firth and Findh ....