"There lives but one man whom we will follow, and that is Montrose."
A Legend of Montrose, Sir Walter Scott (1819)

A popular seaside resort, Montrose sits on a small spit of land situated between the North Sea and the Montrose Basin, a nature reserve of international importance. An ancient royal burgh, Montrose has traded from its port for centuries and its wide high street is a relic of its days as a main market centre. Montrose has continued to exploit its harbour and now thrives on industry produced from the North Sea oil refineries.

Historically Montrose is best known for its association with the Graham family who adopted the name of the town when they were ennobled. The most famous member of the family is James Graham, 1st Marquis of Montrose. In the Wars of the Three Kingdoms, Montrose fought first on the side of the Covenanters and then switched to support Charles I. A brilliant leader known for his reckless courage, Montrose led a series of successful skirmishes before he was defeated at the Battle of Philiphaugh in 1645. His loyalty to the Crown was unrewarded " he was disowned by Charles II and hung in 1650.

The greatest attraction for visitors to Montrose is the Montrose Basin Wildlife Centre, a spectacular tidal lagoon famed for its wildlife and plants. The Montrose Reserve consists of 750 hectares, a popular spot for fishing, bait digging, wildfowling, sailing and birdwatching which receives thousands of international visitors a year. These include pink footed geese, eider, mute swans, redshank, shell duck, wigeon, knot, oystercatcher, grey partridge, lap wings, sedge warbler and reed bunting. Telescopes, binoculars, hides and closed-circuit TV's all help to bring you close up views of the wonderful range of wildfowl.

Montrose boasts another unusual tourist attraction, the Montrose Air Station Heritage Centre. Montrose was the first military airfield in Scotland. Operational by 1913, the Montrose Air Station was used in WWII but has now been converted into a museum where you'll see aircraft, war relics, photos and other documents and mementoes related to flying. Art lovers can also visit the studio of William Lamb, an artist from Montrose who died in 1951. Despite being wounded twice in WWII he successfully completed his commission from the Duchess of York to make busts of her two daughters. So pleased was she with the final result that she then requested a bust of herself.

Montrose is home to the fifth oldest golf course in the world. There are two 18 hole courses here, one of which, the Medal Course, has hosted the Open Golf Championships. A short distance to the west of Montrose is the House of Dun, the estate and home of the Erskine family from 1375 to 1980. Now managed by the National Trust, the House of Dun contains beautiful antique furnishings, plasterwork and a collection of embroidery as well as formal gardens and woodland walks. 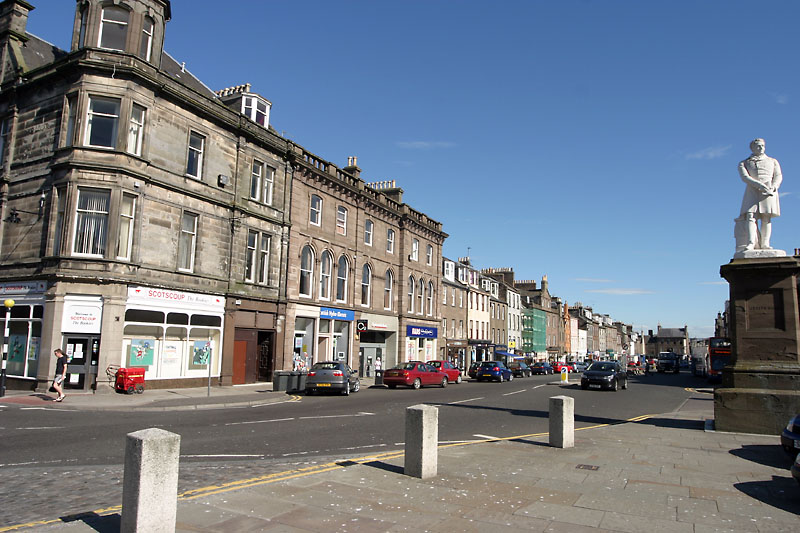 A wee village in Central Angus, Glamis is known for Glamis Castle, the childhood home of the late Queen Mother and fictional setting for the murder of ....