"It is in truth not for glory, nor riches, nor honours that we are fighting, but for freedom - for that alone, which no honest man gives up but with life itself."
Extract from the Declaration of Arbroath, 1320

Arbroath is no ordinary fishing village for it witnessed one of the most important events in Scotland's history. It was right here in Arbroath Abbey that the Declaration of Arbroath was signed by Scotland's nobles in 1320. A document unique in its time, it declared Scotland to be an independent kingdom with Robert the Bruce as its chosen leader. It was a remarkable statement for it bypassed the medieval notion that kings ruled by right and should be unswervingly obeyed by their subjects. Indeed, the Declaration of Arbroath stated that the Scots would only remain faithful to Robert the Bruce as long as he defended Scotland against the English.

For centuries, the sea surrounding Arbroath provided an essential source of the town's income and a harbour has existed at Arbroath since at least the 14th century. Years of fishing left their mark and Arbroath is now the sole legal producer of a local delicacy, the Arbroath Smokie. This speciality is produced traditionally in Arbroath cottages where haddock caught locally is hung in pairs within oak barrels.

From Arbroath harbour you'll see the elegant sight of the Signal Tower built by Robert Stevenson. It now houses the award-winning Arbroath Museum which brings to life the social and maritime history of Arbroath through displays that you can hear, touch and smell.

Walkers and birdwatchers in Arbroath can head off on the Cliffs Nature Trail which stretches for one and a half miles along red sandstone cliffs to Carlinheugh Bay and features interesting birdlife and rock formations along the way. If that's too energetic for you, Arbroath also boasts Kerr's Miniature Railway, Scotland's oldest miniature railway. Curious Facts or Total Fiction? According to folk lore, t|he creation of the Arbroath Smokie was an absolute flute. Back in the day, fishermen stored their fish in the loft of their cottages. It was not until one such cottage burnt down within a stock of fish within that such haddock was found to be delicious. However, despite the name and its trademark, the Arbroath Smokie did not originate in Arbroath at all but in Auchmithie, a fishing village four miles to the north. 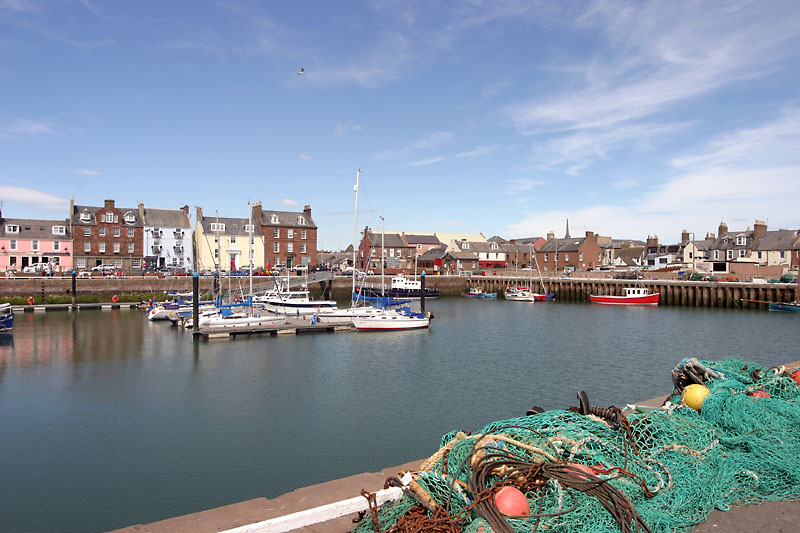