A neat little village, Edzell lies 28 miles north of Dundee. It sits at the foot of Glen Esk and provides a typical example of the planned settlements built around Scotland to keep people under control after the Jacobite uprisings. Subsequently, Edzell dates merely to 1839 when the village was built by the Earl of Panure.

Edzell is entered though the ornate Dalhousie Arch erected in 1887 to commemorate the 13th Earl of Dalhousie and his wife who died within a few short hours of each other. Tourists come here mainly en route to Edzell Castle which lies one mile to the west of Edzell. The romantic remains of the once majestic red sandstone castle reveal the scant remains of a luxurious life once lived here. However, the real attraction is the 16th century garden or "Pleasance" built by Sir David Lindsay in the 16th century. A rare relic of the Renaissance in Scotland, Edzell Castle Garden bears the stamp of the refinement and extravagance that was typical at the time.

In WWII, Edzell provided the RAF with a nearby airfield which was converted into a US Navy base used to track submarines during the Cold War. By the time it closed in 1995, the Edzell RAF based was manned by some 700 military personnel although there is now little left here to show of their activities here.

Edzell is a gateway town to Glen Esk, the most easterly of the Angus Glens. A beautiful spot, Glen Esk is an excellent hiking destination with routes that will take you to Queen Victoria's Well in Glen Mark or up the most easterly Munro in Scotland, Mount Keen. Alternatively, you can visit the Glenesk Folk Museum which reveals the harsh reality of day-to-day life in the Angus glens of yesteryear. 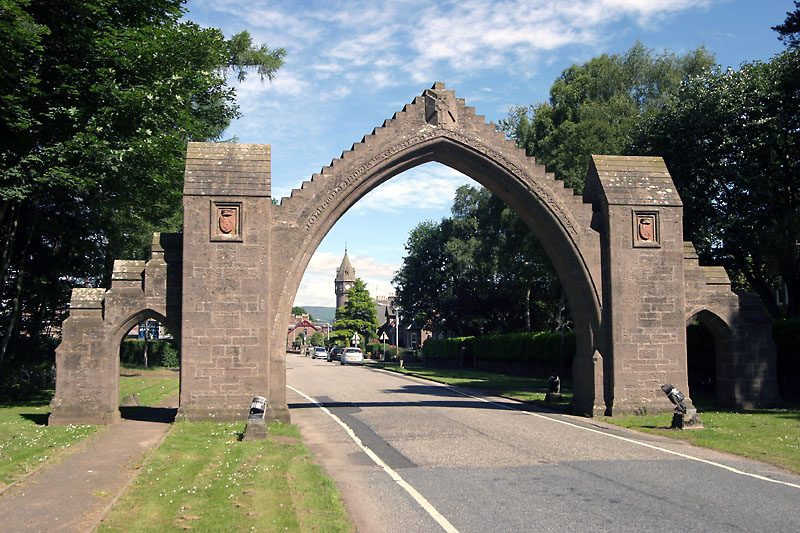 The most easterly town in Scotland, Peterhead is also the largest white fishing port to be found in Europe. Known to locals as the "Bloo-Toon", Peter ....