Covent Garden was once an austere, quiet place where monks of Westminster Abbey grew their own vegetables in their "convent garden". In 1536, Henry VIII reacted against the Catholic church, disacknowledging the churches and giving the land away. The land was given to the Earl of Bedford, John Russell and it was by his descendants that the piazza was first developed into a fashionable arena. Designed by Inigo Jones in the 1630s, Covent Garden Piazza became London's first planned square. The rich and aristocratic then moved in but as the novelty wore off the fruit and vegetable market expanded. In 1974 the market closed and the Victorian market hall narrowly escaped demolition and was restored to hold crafts stalls, shops and restaurants.

Today Covent Garden has become an undeniably lively and commercial arena where street performers draw throngs to watch their entertaining shows. The tradition first began in 1662 when Pietro Gimonde, an Italian puppeteer, made Punch and Judy perform their tricks, an event which was watched and recorded by Samuel Pepys. The tradition is reenacted every May when 2 Sundays are set aside for the Punch & Judy festival.

The surviving theatres in the area have resulted in one of the original features of the piazza, St Paul's Church, being dubbed as the "actor's church". Inside the church itself, memorials pay homage to artists such as Gracie Fields. If you're wondering where you've seen that Tuscan portico in front of the church, you'll the remember the scene in Pygmalion when Henry Higgins encountered the Eliza Doolittle selling violets. 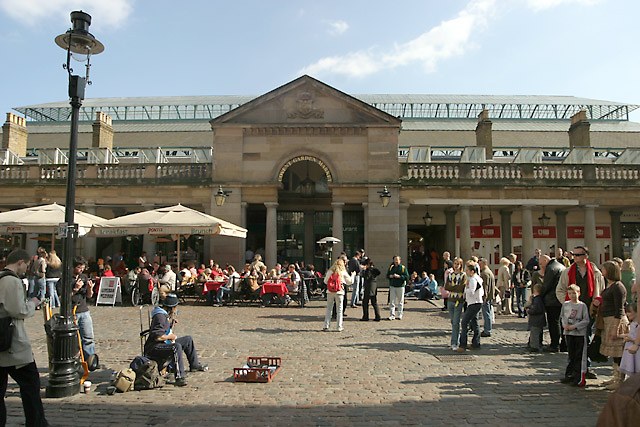 A historic harbour, Portsmouth has been home to the Royal Navy for over 500 years. Strategically located, Portsmouth was flattened in WWII. Tourists ....