Ten miles west of Aboyne and eight miles east of Balmoral is Ballater, a Victorian spa town best known for its connections with Queen Victoria. An excellent base for hiking and the pursuit of other outdoor adventures, Ballater lies within Cairngorms National Park and is attractively surrounded by wooded hills of birch and fir in the Eastern Highlands.

Like other villages in the area, Ballater experienced a rebirth with the arrival of a new railway line in the 19th century. While the railway brought holiday makers and tourist pounds to many other villages in Scotland, Ballater was more fortunate. The railway etched the village onto the tourist map when it brought Queen Victoria to Ballater and Royal Deeside in 1848 (she wouldn't allow a line to draw any closer to her castle at Balmoral). Ballater Train Station has long ceased to provide transport but the building now houses the Ballater Tourist Information Centre and Museum. Part of the signposted Victorian Heritage Trail in Royal Deeside, the centre looks wistfully back on the days when Ballater was gloriously connected to royalty.

The rise of Ballater as a tourist resort began in the 19th century when Ballater spring water was rumoured to cure scrofula, a form of tuberculosis. As word spread, Ballater developed into a spa town. Although this trend has gone out of fashion, water is still a highly profitable commodity and you'll find be able to buy bottled water from the Pannanich Wells all over Ballater.

The best time to visit Ballater is at the beginning of August when Ballater celebrates its award-winning Victoria Week. During this week of family fun, visitors to Ballater can also watch the Ballater Highland Games which are held annually on the second Thursday in August. In May Ballater hosts two popular events, the Ballater Walking Festival and the Royal Deeside Golf Week held at Ballater Golf Club.

Curious Fact or Total Fiction? Ballater and the surrounding area were imprinted on Lord Byron's mind when he spent time on a farm just east of Ballater in his childhood. He would later write, "Dark Lochnagar" the poem which inspired Beethoven's musical piece, Lochnagar. 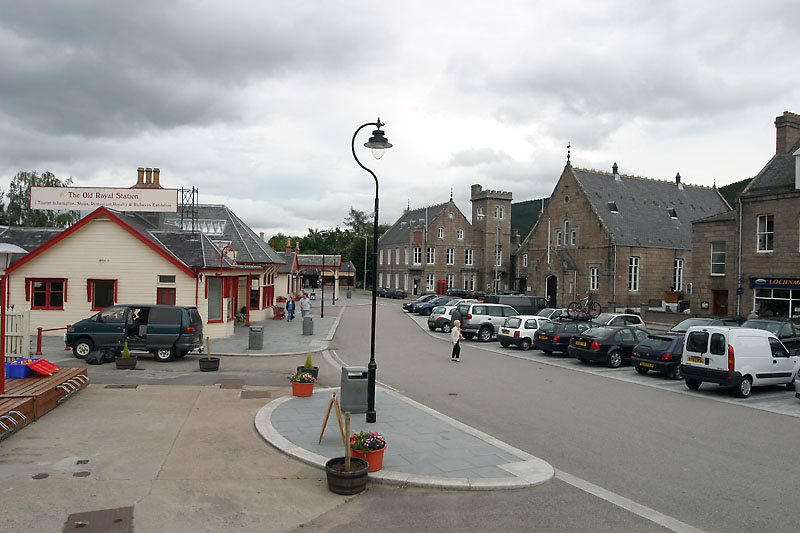