Soho is a vibrant area, between Regent street and Charing Cross Road, where you're bound to find something happening at any time of the day or night. This is cosmopolitan London at its best where all kinds of people come to mingle, see and be seen. As diverse as the people is the entertainment on offer. The streets are lined with trendy cafes, restaurants and bars which cater for all budgets. it's a trendy place where you'll see London's street fashion at its gaudy best.

THINGS TO DO
Soho has also been graced with a literary past. You can check out the flat at 28, Dean Street (marked by a blue plaque above Quo Vadis Restaurant) where Karl Marx, his wife and 5 kids shared a poky, 2 bedroom apartment while Marx wrote his masterpiece, Das Kapital. Thomas de Quincey conducted some "research "here for his Confession of an English Opium Eater at his houses on Tavistock St. and Greek St. Two early writers which have ever since been cherished by children and adults alike, William Blake and Daniel Defoe both lived on Broadwick St.

Pub Life
The pubs in the area are also traditional spots where you can claim to have drunk in the shadows of the finest. The French House in Dean Street once hosted General De Gaulle himself. The Coach and Horses on Romilly Street has witnessed the changing decades since the 1940s.

Carnaby Street
Unfortunately, Soho's undiminished popularity has led drooling major corporations into the area all wanting piece of the cake. Carnaby Street is typical of such a trend. Once a quintessential part of the Swinging Sixties where the trendiest fashion was worn, it is now lined by shops competing for the tourist pound.

Gerard Street
At Gerard Street you'll find what remains of this once Chinese precinct. In late January or early February the Chinese New Year celebrations get going in full swing. 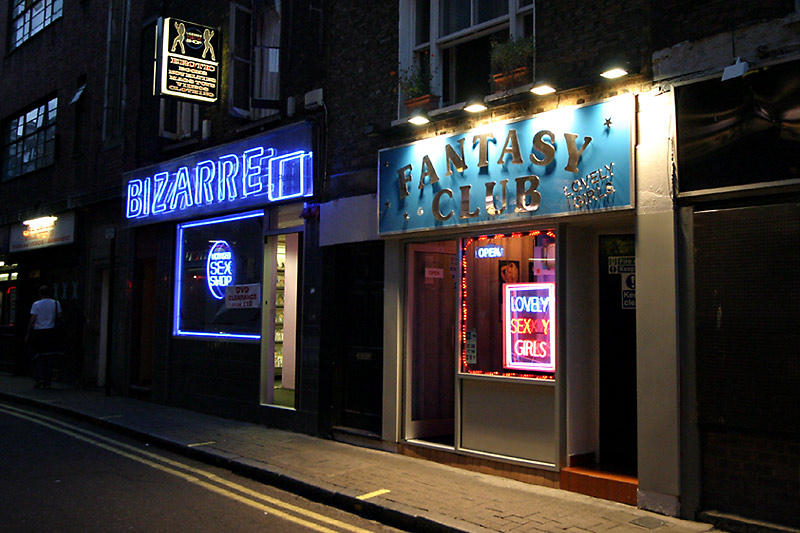