Regent Street was designed by John Nash and built between 1813 and 1823. It was originally a majestic road between the Prince Regents 'Carlton House in St James Park and Regents Park. This was London's first answer to congestion as well as its first conscious attempt to clear the slums and in so doing segregate the classes. Since the first rebuilding of the street in 1898, much of John Nash's original plan has been destroyed. Regent Street is now lined with expensive, luxurious shops which compete with huge well-known and loved department stores such as Hamley's (the renowned toy store) and Liberty (since 1875) which sells its wares behind its mock-Tudor fa?ade on Great Marlborough Street. 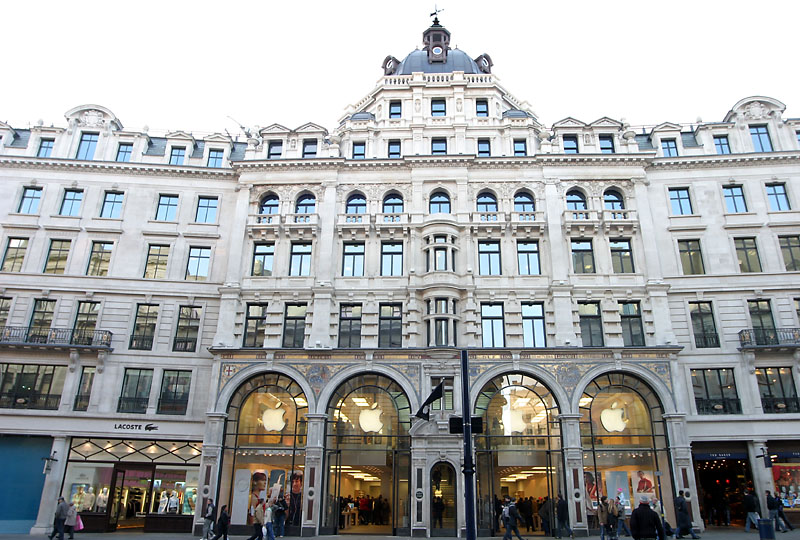