To a large extent, Dufftown owes its existence to the distilleries which have put it on the map. Founded in 1817, by the 4th Earl of Fife, James Duff, Dufftown was built to create employment after the Napoleonic Wars. A fine example of a planned settlement, Dufftown nestles between heather clad hills at the point where the River Fiddich and Dullan Water meet.

The most striking building in Dufftown is the clock tower. Built in 1839, it originally served as the Dufftown town jail. Its clock was brought to Dufftown from Banff and it is known as "the Clock That Hanged MacPherson". More correctly it was Lord Braco, MacPherson's greatest enemy who hanged him. A notorious character, MacPherson had received a pardon which was on its way but Lord Braco put the clock forward to ensure that it didn't arrive in time. This historic building now houses the Dufftown Tourist Information Centre.

The oldest building to be found in Dufftown is Mortlach Church. A church has probably stood on this site ever since the 6th century. However, the building which you'll see here dates mostly from the 19th century. In the graveyard you'll see an old Pictish stone while inside Mortlach church is the Elephant stone, also associated with the Picts. Another historic gem in Dufftown is the Keith and Dufftown Railway. It connects Dufftown to Keith, an eleven-mile journey, and is run by volunteers.

Nowhere else in Scotland can boast such a high concentration of distilleries. Although a popular Dufftown Rhyme goes; "Rome was built on 7 hills but Dufftown's built on 7 stills, the whisky industry is a fickle business and while there are now 9 distilleries in Dufftown, not all are operational. The oldest distillery in Dufftown was Mortlach which was established in 1823. A former employee, William Grant left Mortlach to found Glenfiddich and 40 years ago it was the first distillery to open its doors to the public in Dufftown. The Glenfiddich site now encompasses the Convalmore Distillery which was founded in 1894 but finally closed its doors in 1985. William Grant also founded Balvenie Distillery which is one of the very few distilleries left that still grows its own barley and has its own maltings floor. Parkmore Distillery which was established in Dufftown in 1894 has not produced anything since 1931 due to problems with its water source. Just upstream from Parkmore was Glendullan Distillery. Originally used for making blends it has recently become available as a single malt. Dufftown Distillery, built in 1896, now boasts 6 stills and the new Kininvie Distillery is also making a name for itself.

Whisky lovers need not fear if all these distilleries are not open to the public. Dufftown is also home to other malty attractions. The Whisky Museum which was started by a group of Dufftown volunteers in 1997, details the history of whisky and the role it has played in the development of Dufftown. There's no better place to buy whisky than the whisky capital of the world and Dufftown wouldn't be Dufftown without its specialist whisky shop. The staff here will help you choose your single malt and also help you plan your own personal whisky trail in both the Dufftown area and greater Scotland.

Dufftown boasts a great 18 hole golf course and visitors are welcome at the Dufftown Golf Club. Dufftown is surrounded by countryside providing great walks for hikers (check out the notice board outside the Dufftown Tourist Information Centre). The Speyside Way can also be accessed from Dufftown as a spur runs from Craigellachie to Dufftown. Strathspey is famous for its salmon fisheries and fishing permits for the Fiddich and Dullan Rivers may be bought in Dufftown shops. In the winter, Dufftown provides cheaper accommodation for skiers and is only 20 minutes to the Nordic Ski Centre in Huntly and 30 to the Lecht.

Dufftown holds two annual Whisky Festivals; the Spring Spirit of Speyside at the end of April and the Autumn Speyside Festival in September. On the last Saturday in July, Dufftown also comes to life with the Dufftown Highland Games while the Dufftown Pipe Band keeps time. 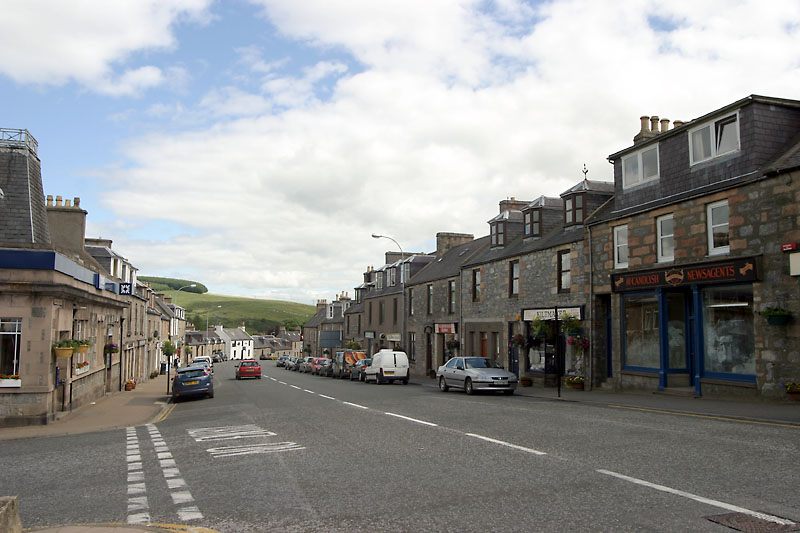