Cullen is finely situated at the eastern end of Cullen Bay. A fishing village on the Moray Firth, just 25 miles east of Elgin, Cullen has become a popular tourist destination. Nevertheless, Cullen boasts a unique charm and has yet to suffer from commercialization for its popularity. Cullen offers visitors a relaxing seaside holiday in an area suited to walking and playing golf.

Cullen is divided into two main areas. The new part of Cullen, overlooking Cullen Bay, bears all the hallmarks of a planned village. Here the streets spread out from the village square in a grid pattern. A remarkably interesting aspect of Cullen's main street is the railway viaduct at its foot producing a visual effect very similar to that of an ancient gateway. The road to Cullen sands winds down by the harbour and fishing quarter. This section of Cullen, known as Seatown, with its one-storey houses has that same charm found elsewhere in the area. The majority of these Cullen houses were built with the gable end to the sea, to avoid the worst of the wind in bad weather. Cullen Harbour, adjacent to Seatown, was built in the 19th century for the Earl of Findlater. This area was the traditional hub of the Cullen community and fishermen have landed their catch here for over 500 years. Although most of the maritime traffic at Cullen harbour is that of pleasure boats coming and going, Cullen has lent its name to a popular local speciality, Cullen Skink, a popular dish traditionally made with haddock, potatoes, onion and cream.

Cullen Bay boasts a long-standing record of clean waters and is excellent spot for sunbathing or swimming. Keep a look out for the rock stacks on shore known as the Three Kings of Cullen. Near Cullen sands, golfers can enjoy the 18 hole links golf course at Cullen Golf Club. As you play, you'll be rewarded for your efforts with wonderful views of the Moray Firth and, if you're lucky, you may also spot the Moray's resident population of bottle-nosed dolphins. Alternatively, walkers can head from Cullen to Portknockie or in the opposite direction to Sandend Bay via Findlater Castle. These ruins are all that now remains of the residence of one of the most prominent families in the Cullen area, the Olgivie's. At the turn of the 17th century, they left Findlater Castle for Cullen and a L-shaped castle. It was rebuilt in the 1820's and has since been converted into luxury flats. If you're after great views, the Bin of Cullen lies some 3 miles to the southwest of Cullen (1,050 feet). 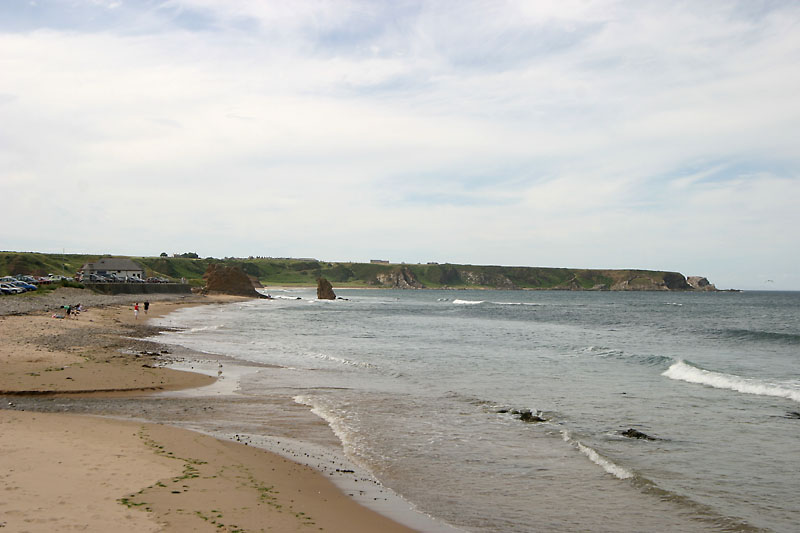 Situated on the banks of the River Tay, Birnam lies in Perthshire's Big Tree Country. The town is closely associated with Beatrix Potter who spent he ....