One of the first glimpses of Wales to be seen by the visitor, Welshpool (Y Trallwng) lies on the Welsh borders. Originally known as simply 'Pool', Welshpool was claimed by both Wales and England for centuries, until its prefix was added in 1835 to settle the dispute and distinguish the town from Poole in Dorset. Montgomeryshire's chief town, Welshpool is most famous for Powis Castle which has been excellently preserved and is surrounded by 17th century gardens.

A bustling market town, Welshpool gained its charter as far back as the 13th century. It has retained the tradition and now boasts the largest cattle market in Britain. A large town, Welshpool has a cluster of Georgian buildings at its centre with scattered 15th and 16th century half-timbered buildings. Nevertheless, most visitors will head to Montgomery Canal for a relaxing riverside walk or cruise. Here you'll also find Powysland Museum housed in a restored warehouse. Exhibits detail the history of Welshpool and the surrounding area with archaeological artifacts from Strata Marcella, an abbey demolished during the Dissolution of the Monasteries.

Back in the centre of Welshpool, you'll find the town's most interesting architecture on Broad Street. The imposing town hall was built in the 19th century following the collapse of two other buildings used for the purpose. On New Street, you'll see a strange circular building which on closer inspection reveals itself to be an 18th century cockpit. Other sites such as the Old Church, Domen Castle (now a bowling green), the Royal Oak Hotel and the Mermaid Inn can all be visited on the Welshpool Town Trail available from the Welshpool Tourist Information Office. Those unfit, unwilling or unable for this exertion can hop aboard the Welshpool and Llanfair Light Railway on a scenic 8 mile narrow-gauge ride to Llanfair Caereinion.

No visit to Welshpool is complete without a trip to its key tourist attraction, Powis Castle. A spectacular sight, Powis Castle is definitely one of the castles to visit in this land of castles. Sometimes known as Castell Coch or the "Red Castel?, Powis Castle was built upon the site of an earlier stronghold. Built by the Gwenwynwyn family in the 12th century, Powis Castle cost a dear price for to be lords of the castle the family had to renounce all claims to Welsh princedom. In the 16th century, Powis Castle passed into the hands of Sir Edward Herbert. Over the centuries, the family home was converted into a grand mansion with a magnificent staircase hall with its painted ceiling, tapestries and relics of Clive of India. Despite the glories within, Powis Castle makes a gorgeous backdrop to its beautiful gardens. Dating from the 17th century and designed by Welsh architect, William Winde, Powis Castle Gardens consist of 4 terraces leading to the parkland below in a blaze of colours and aromas that are simply not to be missed.

The best time to visit Welshpool is during the annual June Welshpool Festival of Transport when visitors will be delighted with a range of ancient and amazing vehicles. The third Sunday in July sees a Country & Western Music Festival complete with line dancing while summer itself is kicked off with the Welshpool Carnival held at the end of May.

Five miles out of Welshpool in Berriew, the Andrew Logan Museum of Sculpture offers a range of curious and camp artifacts. Also in Berriew is Glansevern Hall Gardens with 20 acres of gardens on the River Severn. Welshpool also lies on the long-distance Glyndwr's Path and close to the Offa's Dyke and provides a good base for a walking holiday. 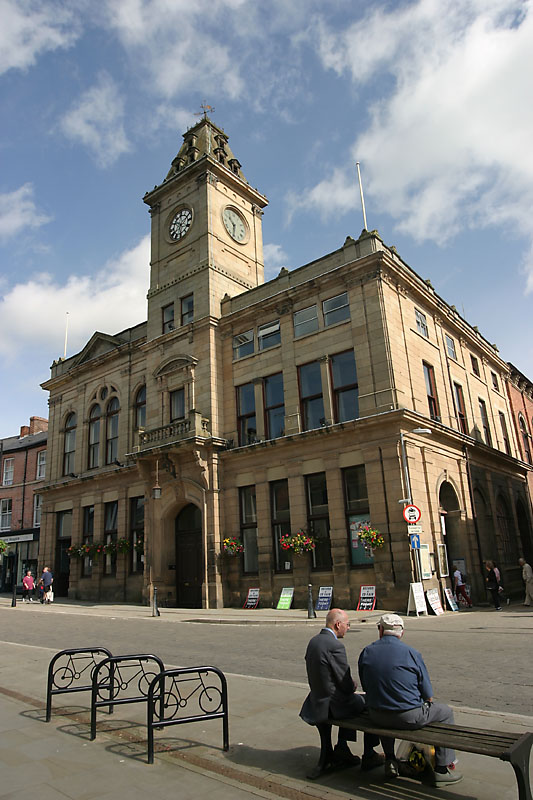 A tourist hotspot ever since the Victorian era, Betws-y-Coed is dubbed 'the gateway to Snowdonia' and provides a picturesque base for exploring the No ....

Yet another gem within Snowdonia National Park, Harlech is well-deserved of its World Heritage Status. Spectacularly situated on a rocky outcrop, Har ....