The largest town in north Wales, Wrexham has an ancient history. A medieval market town, Wrexham saw its heyday during the industrial revolution when iron ore was found in the nearby Clywedog Valley. Nowadays, tourists either come here to watch matches at the Wrexham Football Ground or to see one of the so-called seven wonders of Wales, St Giles' Church.

The most prominent landmark in Wrexham, the Church of St Giles was rebuilt in the 16th century. Built in the Gothic style, St Giles' was the heart of the historic town and its imposing tower rises to 136 feet and incorporates some 29 statues into its design. A replica of the church was also constructed at Yale University in tribute to Elihu Yale, the college's benefactor whose ancestors hailed from Wrexham. His tomb may be seen in the graveyard. Inside you'll see beautiful Victorian stained glass windows and a late 15th century mural of "The Last Judgement". Also of note are the wrought iron gates in the churchyard designed by the renowned Welsh ironworkers Robert and John Davies.

Visitors to Wrexham interested in culture can also drop into the Wrexham County Borough Museum. Including artifacts from Wrexham's glory days in the 19th century, the museum also displays the remains of the Bronze Age Brymbo Man. As Wrexham played an integral part in the development of football in Wales, the museum is also home to the Welsh Football Collection.

Outdoor enthusiasts will find a range of activities available in the countryside surrounding Wrexham. The Rivers Dee and Ceiriog offer trout, salmon and grayling for anglers. Walkers can head on Clywedog Valley Trail which passes by Erddig Hall and Country Park, the Bersham Ironworks and the King's Mill. Other attractions in the area include the Minera Lead Mines and the elegant Pontcysyllte Aqueduct designed by Telford. Rising to 126 feet and running for 1,007 feet, this masterpiece is both the highest and the longest navigable cast-iron aqueduct in the world. 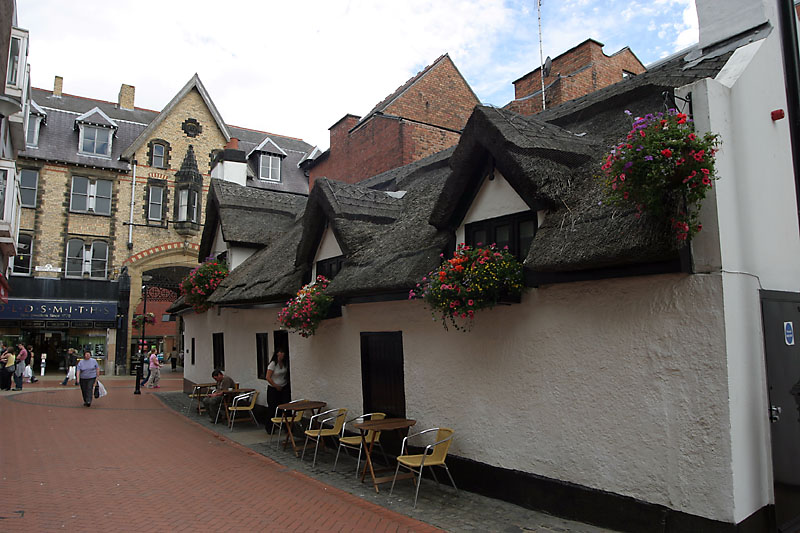 A tourist hotspot ever since the Victorian era, Betws-y-Coed is dubbed 'the gateway to Snowdonia' and provides a picturesque base for exploring the No ....