"Not for the wise and learned have I written, but for the common people."
Daniel Owen, novelist from Mold.

Situated close to Wrexham, Mold is a bustling market town with an ancient history. Ideal for short breaks, Mold offers culture at Theatr Clwyd, heritage at St Mary's Church, a golf course and a range of walks in a landscape that inspired the likes of Gerald Manley Hopkins and Mendelssohn.

The best place to get a look at Mold is from Bailey Hill. Not a hill but rather a Norman mound which gave Mold its name, this fortification at the top of High Street is now all that remains of the fortifications built by here by the Normans. Bailey Hill offers spectacular views over the River Alyn and surrounding countryside " a great place for a stroll and a picnic.

As a border town, Mold bore some of the worst of the struggles between the Anglo-Normans and the Welsh to conquer this territory. It was won by Owain Gwynedd in 1157 and again taken by Llywelyn the Great in 1199. Indeed, the area did not begin to see stability until Henry VII captured the throne in the 15th century. The event was commemorated with the construction of St Mary's Church by Henry's mother, Margaret Beaufort. Built in the Perpendicular style St Mary's Church is worth visiting if only to take a look at the strange procession of animal sculptures you'll see within. It has also retained its original oak roof embellished with Tudor roses.

Life in Mold dates back as far as the Bronze Age, a time when the inhabitants here led an affluent lifestyle. Evidence of this was discovered in 1833, when a prehistoric mound on Fairies Hill was discovered to contain the unique Mold Cape. This awesome relic weighs 560g and was shaped from a single gold ingot. Although the original is now in the British Museum in London, there is a replica of the piece in the Mold Museum. Inside Mold Museum, a reconstruction of Welsh novelist Daniel Owen's study pays tribute to Mold's most-loved son. Culture lovers can also head to the Clwyd Theatr Cymru which is recognized throughout Wales for its high quality productions and art exhibitions.

Outdoor enthusiasts will find Mold a suitable base for adventures into the great outdoors. Heading out of Mold on the A494 will bring you to the open spaces of the Clwydian Range, an Area of Outstanding Beauty consisting of some 62 square miles. Moel Famau (Mother's Mountain) is the highest peak you will see here (1820ft). It was topped by a never completed Jubilee Tower which was semi-completed to celebrate George III's reign. Never mind the monument " you'll be rewarded for your efforts with superb views over six different counties. Three miles west of Mold is Loggerheads Country Park, a family attraction featuring various trails particularly suited to children. 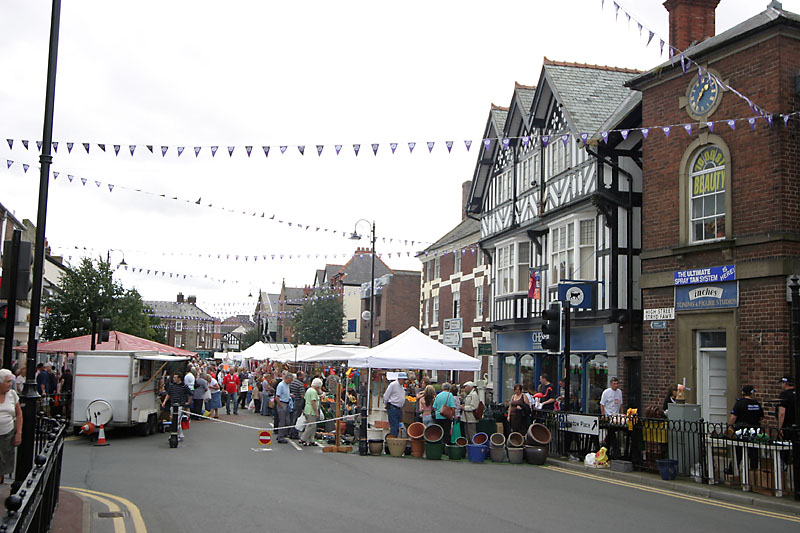