An alpine, lakeside village Llanberis provides walkers and climbers with the most convenient route up Snowdon, the highest mountain in England and Wales. As a tourist destination, Llanberis was therefore always destined to be popular. Llanberis has something for everyone and with its scenic railways, museum, underground hydro station and Country Park; you'll never be short of things to do whatever the weather.

Perched as it is on the mountainside, Llanberis and Snowdon are inseparable to the minds of most. Llanberis provides the starting point for the most accessible of the three routes that lead up Snowdon (although inexperienced walkers should still avail of a guide). The less energetic can simply hop aboard Snowdon Mountain Railway. An engineering feat, it is the only rack and pinion railway in Britain and will take you up the mountain top (round trip, 2 and a half hours).

Tourist hotspot though it may now be, Llanberis enjoyed a different type of boom during the industrial era. Indeed, Llanberis was built to provide housing for the workers in the slate quarries. At their peak, the quarries employed up to 3,000 men who ripped and worked slate from the mountainside of Elidir Fawr. Although the last quarry here closed in 1969, this heritage is creatively displayed at the Welsh Slate Museum. An attraction whose name may bring to mind education rather than entertainment, the Welsh Slate Museum is a highly impressive exhibition and one that is not to be missed. Perhaps the most impressive exhibit is the largest waterwheel in Britain. Some 50 ft in diameter, it once powered the machinery and is still turning. There's heaps more 20th century machinery on display in a maze of rooms and workshops but for many the highlight of a trip here is a live demonstration of slate being worked by one of the former quarrymen themselves.

The Welsh Slate Museum is actually located within Padarn Country Park, an 800 acre spot where oak trees are gradually reclaiming the discarded remains of one of the largest slate quarries in the world, Dinorwig Slate Quarry. In the park, you'll find partially restored machinery and tramlines dotting the paths - a pertinent reminder of the heritage inherent to this area. One particularly interesting site is that of the Vivian Quarry. A flooded quarry with dark waters much favoured by divers, the quarry is dotted with ancient machinery from the former slate workings. There are also various walking trails in this area including one to the period-furnished Quarry Hospital.

After the closure of its slate quarry, Dinorwig was put to another industrial use with the Dinorwig Pumped Storage Power Station, a hydro-electric station housed in enormous underground caverns. Visits to Electric Mountain, the visitor centre, are free but you'll need to pay for the underground tour. Interesting exhibits on display include a 12th century canoe and a 16th century Peris Boat which were discovered when the power station was being built.

If you've still got time, you may also want to take a ride on the Llanberis Lake Railway which will take you on a lakeside trip by Llyn Padarn through Padarn Country Park. Alternatively, you can get on the water itself aboard the 'Snowdon Star' for a lake steamer cruise. 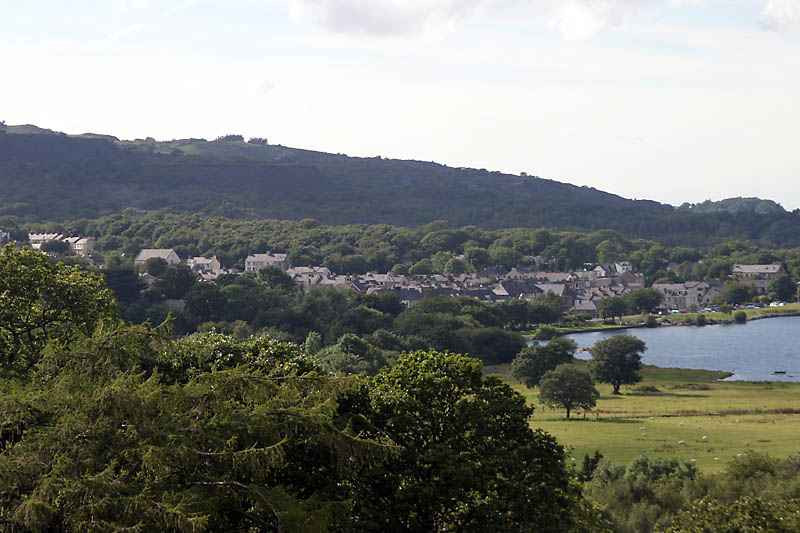 Boasting a blue flag beach and miles of sand, Barmouth is a popular seaside destination on the Cambrian Coast. While it lacks the genteel atmosphere ....