"Men of Harlech, march to glory,
Victory is hov'ring o'er ye"
Men of Harlech, Military March inspired by the seven year siege on Harlech in the 15th century

One of the highlights of Snowdonia, Harlech is a small historic town enviably located in superb surrounds. Well-deserved of its World Heritage status, Harlech Castle is a spectacular sight. Built upon a rocky outcrop, Harlech Castle dominates the landscape as it looks over the Morfa Harlech dunes to the coast while the whole vista is framed by the Rhinog Mountains.

Harlech is a wee town composed of narrow streets dotted with craft shops, tourist accommodation and places to eat. Harlech Castle was once sided by the sea which was has long since retreated leaving in its wake Morfa Harlech sand dunes. Beyond these lie the golden sands of the beach itself which can be accessed by Beach Road. On the way, you'll pass the rather posh Royal St David's Golf Course where golf championships are frequently held.

Despite these other minor attractions, the main reason to visit Harlech is Harlech Castle. Some 700 years of history have left Harlech Castle in a surprisingly good state of repair. Harlech Castle was built in the 13th century as just one link in a series of fortifications built by Edward I in a determined attempt to dominate the Welsh. Designed by Edward I's main military architect, Master James of St George, Harlech Castle was a masterpiece. The castle was a stronghold that availed of the natural advantages of the site and yet also succeeds in being visually pleasing.

Seemingly impregnable though it may be, Harlech Castle has also been dubbed, 'the Castle of Lost Causes' after the numerous occasions that its defenders succumbed to the enemy. In 1404, after a long siege, Owain Glyndwr captured Harlech Castle and held parliament inside its walls. He held Harlech for 5 years before he in turn was besieged. During the Wars of the Roses, Harlech held for seven years " the sheer length of this ordeal (the longest siege in the British Isles) inspired the popular Welsh anthem, Men of Harlech . On your visit to Harlech Castle, you can climb the castle towers to the ramparts from where you'll get amazing panoramic views. 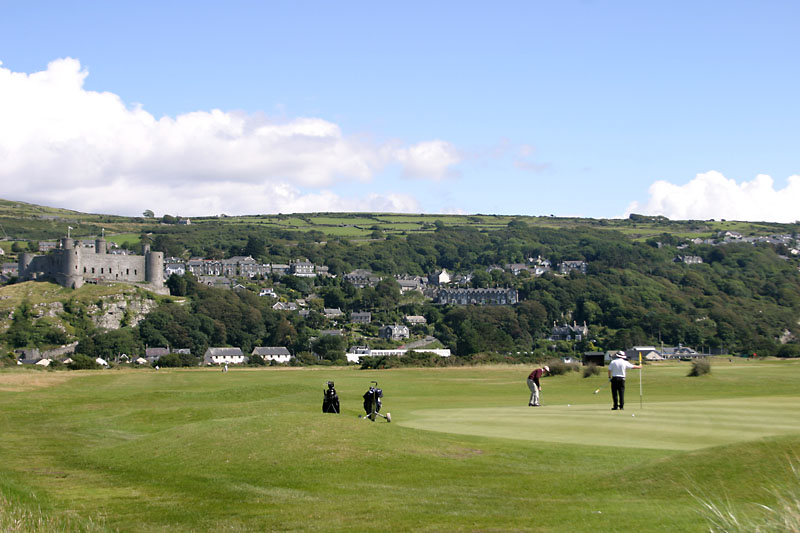