A gateway to Snowdonia National Park, Bala is a small but picturesquely situated town best suited to watersport enthusiasts, walkers and campers. The greatest attraction for visitors in Bala is Bala Lake which lies at the north-eastern end of town.

Bala is best known for its lake which is the largest natural freshwater lake in Wales. 4 miles long, 3/4 of a mile wide and in some spots at least 43 metres deep, Bala Lake was created during the last Ice Age when glaciers and debris blocked up the valley of the River Dee. The expanse of water has sprouted a few myths including Wales' answer to the Lochness monster, Teggie. As elusive as her Scottish counter-part, this mysterious creature is about the size of a crocodile and is said to make concentric circles in the water. Although scientific research has failed to find any concrete evidence for the existence of Teggie, Bala Lake is at least the only remaining home of one marine creature, the gwyniad. A relative of the salmon family, this silver fish was trapped here some 10,000 years ago during the Ice Age. As the waters of Bala Lake become more unsuitable as a habitat, the survival of the species is threatened.

Most visitors to Bala come here to enjoy the water whether by relaxing by the lakeside, upon its waters or by taking a ride on the Bala Lake Railway. The 9 mile line runs between Bala and Dolgellau. Visitors board vintage locomotives and are taken on a scenic tour of Bala Lake and the surrounding mountainous countryside. More energetic visitors to Bala can head to the Bala Sailing Club or the Bala Adventure and Watersports Centre. Another big draw is the National White Water Centre based near Bala and the North Wales Fly Fishing School.

Bala is Welsh to the core and foreign visitors will enjoy hearing the lyrical sounds of the national language being spoken here (80% of Bala's townsfolk are Welsh-speaking). Nevertheless, Bala now plays a rather modest role in industry and current affairs whereas it was once an important area. The Romans fortified the area with a fort built at the southern end of the lake while the Normans erected Tomen-y-Bala, a motte to protect the district. This now tree-clad fortification offers panoramic views over the town. Historically though, Bala was best known for its wool trade which once employed the majority of the population. Until the industrial revolution, Bala's residents were famed for their knitting with wool products such as socks and Bala stockings bringing in a large percentage of the town's revenue. 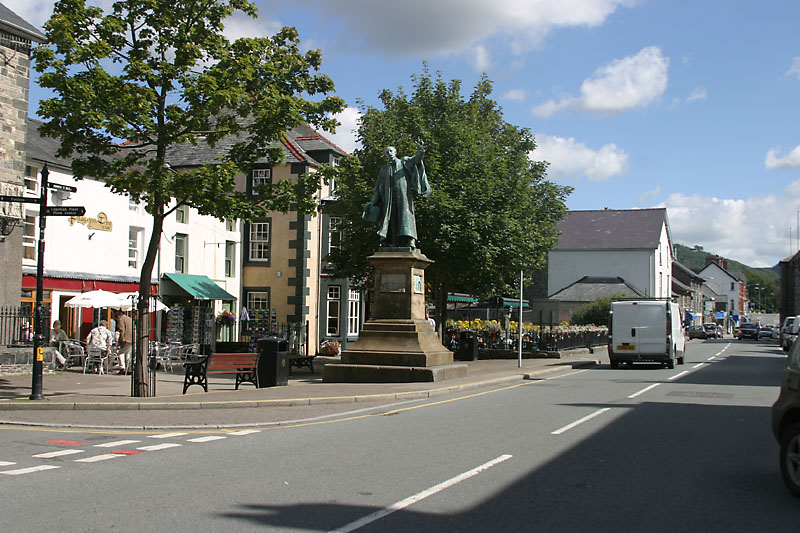