"With a fine sea view in front, the mountains behind, the glorious estuary running eight miles inland, and Cadair Idris within compass of a day's walk, Barmouth can always hold its own against any riva"
William Wordsworth

Barmouth is a hugely popular seaside resort with a breathtakingly beautiful sandy beach. Tucked between steep cliffs and the waters of both the Mawddach River Estuary and Cardigan Bay, Barmouth's location is spectacular. Barmouth really began to develop in the 19th century to cater for the new-found fashionable trend of sea-bathing. Crowded with families and amusements, Barmouth lacks the genteel atmosphere at Llandudno but with its gorgeous beach and the beautiful cycling and walking in the surrounding area, Barmouth will undoubtedly remain firmly entrenched on the tourist map.

Once a busy port, Barmouth is now a busy summer destination. Its gorgeous blue flag beach is a populated with families and bathers but the vast expanse of sand ensures that you are never cramped for space. While kids spend their time hunting for crabs, Barmouth is also a popular sailing spot. The annual Three Peaks Race takes off from Barmouth in late June every year. This highly competitive competition is an amateur event which involves sailing to each country in Britain and then running up the highest peak in the country.

Sea-farers should head to the south end of Barmouth, the departure point for various angling tours, boat cruises and the Fairbourne ferry. This can combined with a return trip aboard the Fairbourne & Barmouth Steam Railway. The two and a half mile line follows the coast to Barmouth and crosses the Mawddach River estuary. The route can also be enjoyed on foot on the Barmouth to Fairbourne Loop. This 5 mile / 2 hour walk circuits Barmouth and Fairbourne with superb mountain, coastal and estuary views along the way. More popular, mostly due to its brevity, is the Barmouth Panorama Walk (10 minutes). The walk takes in the first property to come under the care of the National Trust, Dinas Oleu or the Fortress of Light. The view from the cliffs above Barmouth is spectacular.

Attractions in Barmouth also include the Ty Gwyn Museum, a medieval tower house. Said to be the spot where Richard III's downfall was plotted, the house is first mentioned in a 15th century poem. It was thought to have been destroyed and was only rediscovered when its true identity was revealed in renovations during the 1980s. Another visitor attraction is Ty Crwn Roundhouse, an 18th century jail which was reputedly built to its circular design to stop the devil from hiding in its corners. It once housed rowdy mariners but now displays old photos of Barmouth. The Barmouth Lifeboat Station with its brave tales of rescue is a free attraction that will entertain families with children.

As well as a seaside destination, Barmouth is a great spot for walkers and nature lovers. The Mawddach Estuary is flanked by the Mawddach Trail an 11 mile trail from Barmouth to Dolgellau crossing the estuary itself on the Barmouth Railway Bridge. Within the estuary, bird-lovers can enjoy two RSPB reserves where various species such as herons, pied flycatchers, woodpeckers, ravens and buzzards can be spotted. Walkers will also enjoy the outstanding Barmouth Walking Festival held annually in September. For more information about attractions, hotels and walking in Barmouth, head to the Barmouth Tourist Information Centre. 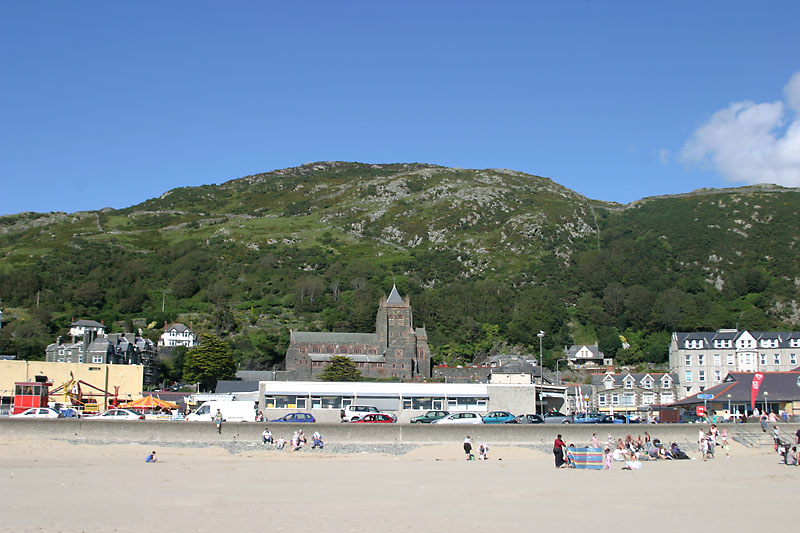