"We conquered the Saxon at Hastings, and a nice little handful it is."
Rudyard Kipling

1066 is a symbolic date marking the subjection of England by William the Conqueror and his barons. It is also the last time a foreign invader would gain ultimate reign over Britain. The historic Battle of Hastings was fought at Battle, just a few miles away . It was here that William, 7th Duke of Normandy, defeated King Harold Godwinson. William the Conqueror and his successors went on to put down firm roots on British soil reinforcing cultural, economic and political relations between the Anglo-Saxons and the Normans. Building began in earnest and shortly after victory, William built Hastings Castle, the remains of which you can visit here today.

One of the original Cinque Ports, the lack of a natural harbour at Hastings led to the decline of its use as a port and a rise in the fishing industry. The Old Town is one of Hastings unique features. To walk through its lines of old, double-tiered, fishing 'net shops' is to take a trip into the past. These tall structures have been used by local fishermen for centuries and still house their gear to this day. For more information, head to the delightful Fishermen's Museum. Such was the dedication of the locals, they actually removed part of the wall of the museum, rather than dismantle one of the last traditional fishing boats. Immediately opposite is a little, local artists gallery. Something of an Aladdin's nest, it is backed by a little cave which is believed to have been used by the Romans.

Visitors with a maritime interest will also be delighted with the Shipwreck Museum which houses actual wrecks and recovered artefacts. Alternatively, you might simply want to sample some of cheap, fresh fish available at the local fish market. Not quite your style? Then get the adrenalin pumping by taking a ride on Britain's steepest railway. Excavated by hand, it has been open to the public since 1902. Your ride will take you to the top of East Hill Cliff and some great views over Hastings and out to sea. For a more gentle ride, head to the seafront where you'll find unsophisticated carousels which offer fun if not thrilling rides. There's more family entertainment at the Stade with Underwater World and the Smugglers' Adventure. If your prefer the natural world, you'll find it all at Hastings Country Park. A conservation area of Archaeological and Scientific Interest it lies within the High Weald Area of Outstanding Beauty. Your walk will be rewarded with superb views from the cliff tops.


Hastings Smuggling Past
Fighting for territory at home and abroad was a costly business for kings and the bill was paid through levying extortionate taxes on goods entering the country. High prices for commodities such as paper, sugar, tobacco and spirits led the Hastings locals to venture into smuggling with gusto. Aided and abetted by all classes of the local population, the enterprise required a large work force. As a result, many fishermen supplemented their income by becoming 'tubmen'. For this dangerous enterprise, they were paid well to lug barrels of goods up the secret, steep cliff paths. Their efforts would often be thwarted by the army of Excise men who continually hunted for the illegal contraband. Penalties for those caught were harsh. Smugglers who were unable to bribe their way out of the situation were either imprisoned or sentenced to death. The greatest fear for the smugglers was the gibbet where men were hung in chains with their bodies left to rot in the vicinity of their comrades. 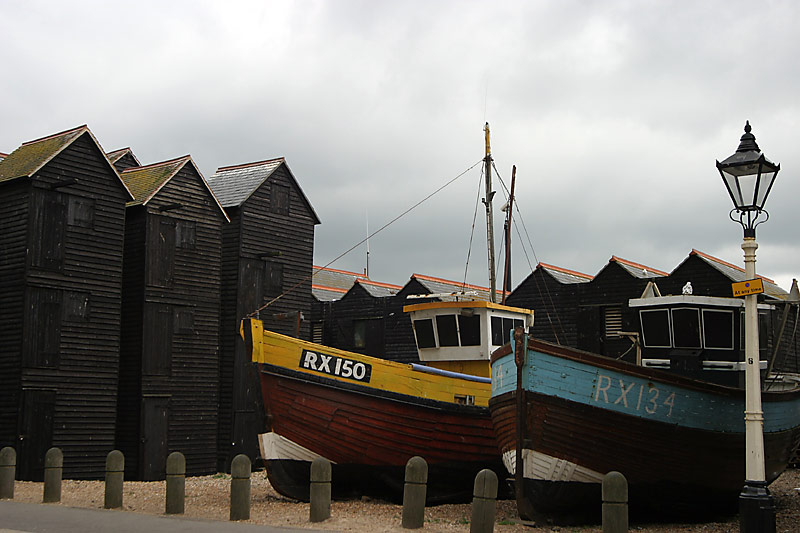