A little town situated six miles north west of Stirling, Doune is the capital of Monteith, one of the ancient earldoms of Scotland. Doune's greatest attraction is Doune Castle, one of the finest medieval castles in Scotland which was made famous for its part in "Monty Python and the Holy Grail? .

A historic town, Doune has revealed evidence of both a Roman Camp and Pictish Standing Stones. The former now lies under Doune Primary School while the latter are lost to all but the most dedicated hunter in an uncultivated field 2.5km out of Doune.

Visible from the town centre, Doune Castle is first recorded in the 14th century. The castle is a fantastic place to explore with its Lord's Hall, Great Hall and labyrinth structure of passages and staircases. Built by an upstart, the Duke of Albany, (believed to have murdered the Duke of Rothesay) Doune Castle passed through the hands of various royals until it was acquired by the current owners, the Earls of Moray in the 16th century.

The centre of Doune was originally sited near the castle and it was here that business was first conducted when it received its burgh charter in 1611. Shortly after Doune became famous for the production of pistols. An industry started by Thomas Cadell in about 1646, Doune's pistols were soon renowned for their accuracy and quality. By the 18th century, the industry had spread through Cadell's descendants who produced enough for export to the continent. Indeed, the first shot fired in the American War of Independence is said to have been fired from a Doune pistol. Doune pistols are now highly-prized collectors' items.

By the early 18th century, the village centre shifted to its current location and its 17th century Mercat Cross was moved to the wee triangular market place. On your visit, you'll also see Doune's Parish Church dating to 1822, Deanston Distillery housed in a former mill and Muir Hall, an old picture hall now used for community get-togethers.

Curious Facts or Total Fiction?
The bridge over the River Teith in Doune was built by James IV's tailor, James Spittal. He is said to have constructed the bridge out of revenge on the ferryman who refused to give him a free crossing when he arrived with no money to pay for his fare to Doune. 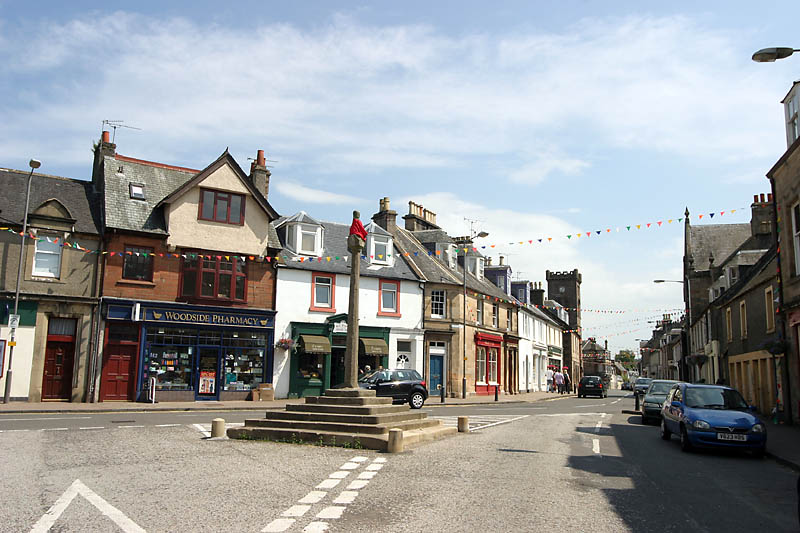