Situated between Banff and Buckie, Portsoy lies on the Moray Firth Coast in the north east of Abeerdenshire. A traditional fishing village, Portsoy has been wonderfully restored and is a joy to visit simply for its wonderful atmosphere.

Now a seemingly peaceful and almost sleepy spot, Portsoy was once the most advanced village in the neighbourhood. In 1550, Portsoy was granted burgh charter and began to expand itself and build one of the first harbours in the area. This development was thanks to the foresight of Patrick Ogilvie, who recognised the potential of one of Portsoy's natural resources, Portsoy Marble. Found in the vicinity of Portsoy, Portsoy Marble is no marble at all but a type of serpentine that can be either green or red in colour. This petty detail did not deter Louis XIV who specially ordered Portsoy marble for a couple of chimneys at Versailles. Portsoy marble can still be found in the area and shoppers will find a range of tourist trophies to take back from their visit. Alternatively, amateur geologists will be rewarded for their efforts scouting the surrounding coastline.

In the 19th century, Portsoy basked in the profitable revenues brought in through the herring trade. At the height of her glory, Portsoy Harbour saw a regular fleet of some 57 fishing boats come and go but by the end of the 19th century, the bulk of Portsoy's trade moved to the larger harbours of Buckie and Macduff. Nowadays, Portsoy's shores are mostly dotted with pleasure craft and holiday-makers can have a trial sail at Portsoy's sailing school. Walkers in Portsoy can choose from a range of countryside and coastal walks. A return coastal walk between Portsoy and Sandend Bay is about 11km but the route can also be followed all the way to Cullen. Other good walks from Portsoy can be taken south to beautiful views from the summit of Durn Hill or along old railway tracks to Banff.

A perennial favourite amongst caravanners, the best time to visit Portsoy is in the summer for the annual Scottish Traditional Boats Festival. Held variously at the end of June or beginning of July, this Portsoy event displays one of the largest collections of traditional boats in Scotland. 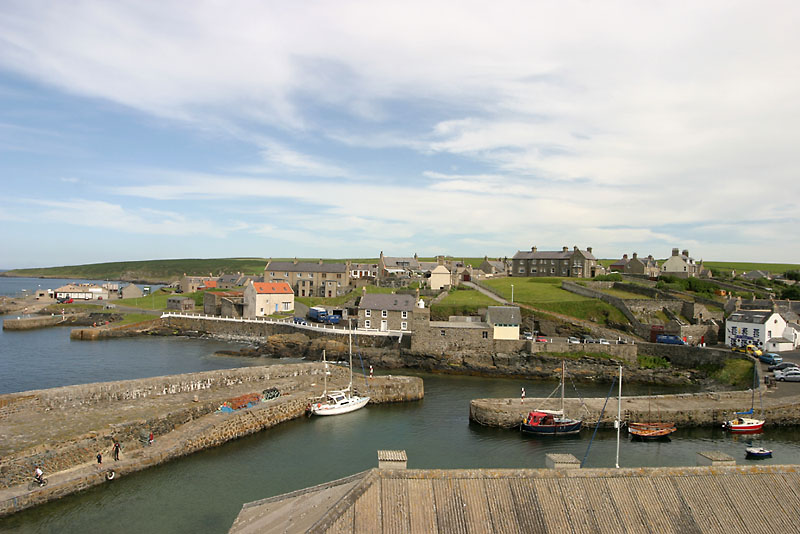 Situated some 6 miles from the Isle of May on the Firth of Forth, Pittenweem is a quintessential fishing village. Having retained is historical chara ....