Founded as it was in the 13th century, Newtown's name is something of a misnomer. A former mill town, Newtown has plenty of history. It was once the centre of Welsh flannel industry and was known throughout the UK for its textile production. Surrounded by beautiful countryside, Newtown is a rather sleepy place " a quiet destination for a relaxing break.

Newtown was built in 1279 by Edward I in the attempt to frustrate Llywelyn's wish to establish a castled town in the area. Founded by the Mortimer family, Newtown was a market town neatly enclosed by the Severn River and surrounded by rolling hills. Idyllic a setting though it was, Newtown stood on land granted to Llywelyn in the Treaty of Montgomery (1267). An earthwork castle, Newtown Castle, was constructed but was never converted to a stone structure as the threat had passed. By now a fine stone castle had already been erected at Montgomery. Furthermore, King Edward I recognized Newtown's status granting Newtown a charter to hold a Tuesday market " a tradition which has been passed down the centuries.

Newtown's heyday came in the 19th century when it developed into a prosperous centre of the textile industry and the capital of the thriving Welsh flannel industry. The tale of this is told in Newtown's Textile Museum on Commercial Street. The exhibits are housed above the six tiny weaver's cottages, the typical accommodation at the time for Newtown's large workforce. Back in the centre of Newtown, you can also visit Robert Owen's birthplace which now houses the Memorial Museum. Robert Owen was one of the first socialists and one of the great social reformers in Wales. Born and buried in Newtown, Owen rose from poverty to the status of mill manager. He went on to organize a cooperative movement to campaign for the rights of workers in the textile industry. Newtown also played host to the first Chartist meeting which was held here in October 1838.

W.H. Smith is another of Newtown's attractions for it was here that the UK-wide newsagents first opened its doors. The original shop now houses a small but interesting museum which details the growth of this company out of Newtown since its establishment in 1927.

Northeast of Newtown are the remains of Dolforwyn Castle, the last castle to be built by a Welsh Prince on native soil. The B4386 will take you on to Montgomery and just slight further east, some of the most impressive remains of Offa's Dyke. Four miles northwest of Newtown on the B4389, lies Gregynog Hall, a superb mock-Tudor mansion. 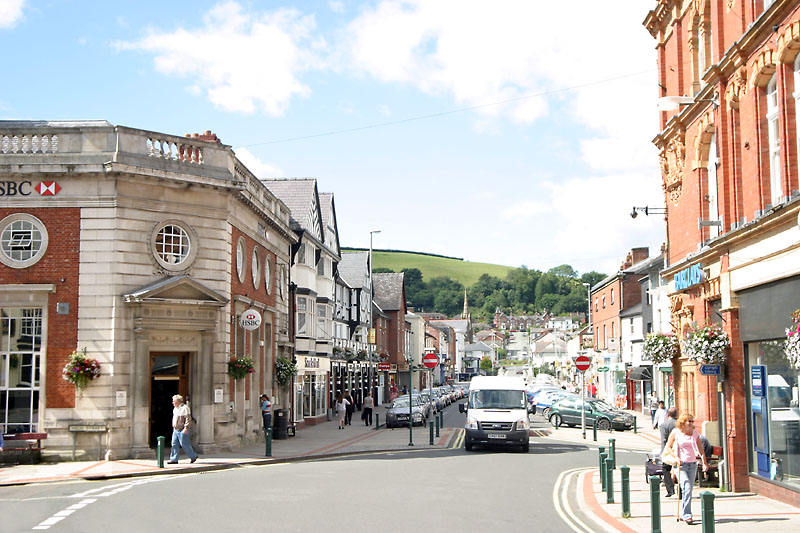 Still surrounded by its original medieval town walls, Conwy abounds with attractions for all ages. Whether you're interested in historic buildings, m ....