England map showing major roads, cites and towns. This map is an accurate representation as it is made using latitute and longitude points provided from a variety of sources. This map can be used for offline use such as school or university projects or just for personal reference. England map provided by www.itraveluk.uk if you need to provide a reference.

Scroll past this map for blank England maps, I have these in png or vector (AI, svg), these can be used for commercial use if you like.

I also have made a much more detailed map, it is 3000 x 3165 pixels and 800k and it shows the majority of the main roads with their respective numbers. Large England Map 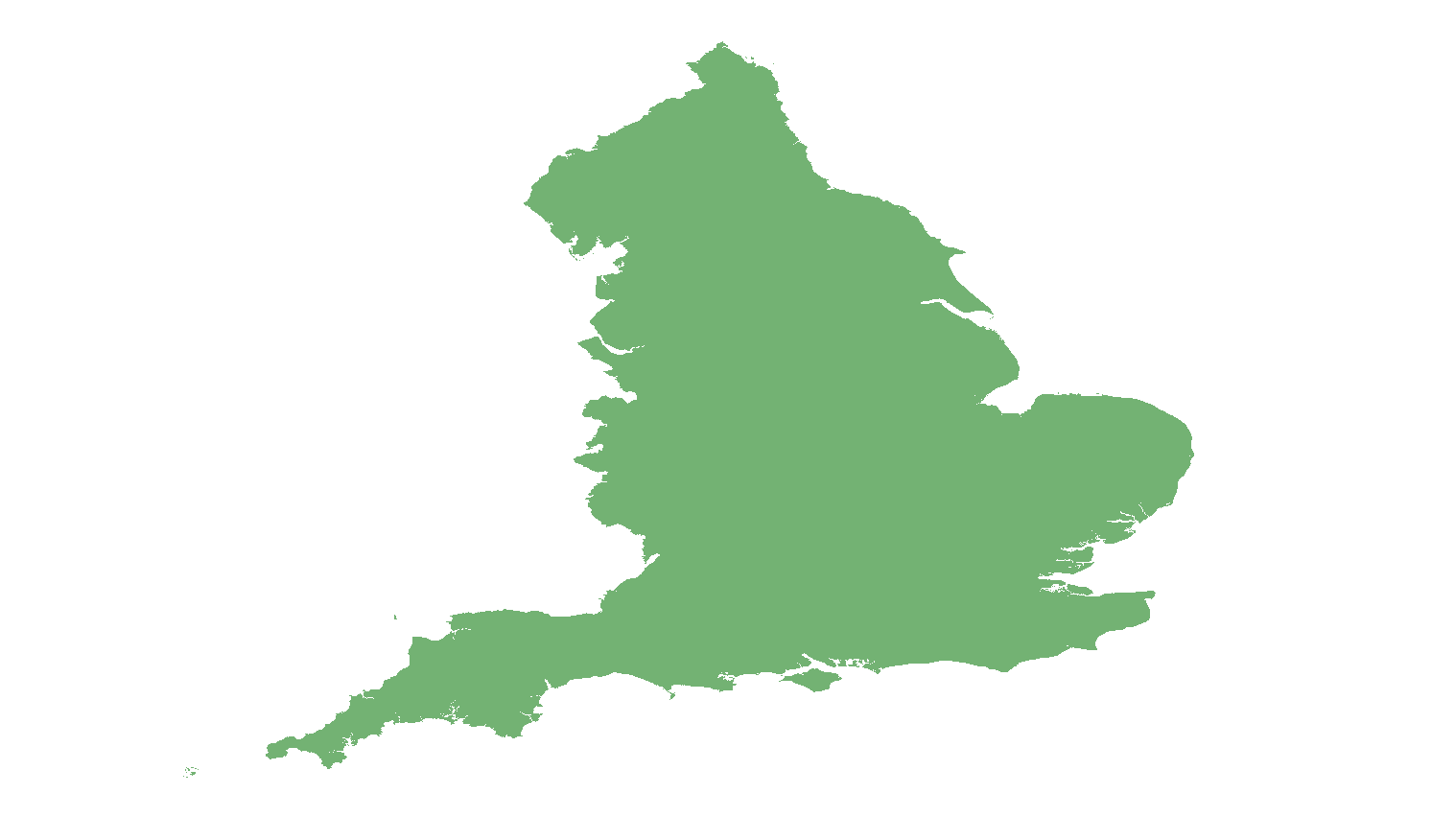 It is bordered at the North by Scotland and at the West by Wales. It is closer to continental Europe than any other part of the UK, France is only 33km away via the English Channel or 50km away via the Channel Tunnel.

The geography of England comprises mostly of rolling hills and plains. In the North there are some mountainous terrain such as the Pennines which are a chain of mountains dividing the east and the west.

The following are more detailed maps of each of the countries in the United Kingdom. You will also find county maps for England and location maps for over 10 thousand cities, towns and villiages. I have only done this for England and Scotland for now. Scaleable Map of Great Britain

Click on the link map to see a larger Map of England. Includes major roads and towns.

Map Showing the different counties of England. Both traditional and ceremonial.

Maps of individual countries and the location of each town which are searchable or in a easy to use table.