Lying on South Devon's picturesque coastline just eight miles from Dartmouth, Torcross remains something of a remote destination. Straddling a narrow strip of land, Torcross looks out to Start Bay, an area markedly quieter and far less commercial than nearby Torbay. To its back lies Slapton Ley Nature Reserve boasting the largest freshwater lake in the area, a major attraction for birds and birdwatchers. One of the gateway towns for the South Down's Way, Torcross lies in a designated area of outstanding beauty, a sure hit for anyone seeking peace far from the madding crowd!

Torcross is best known for its role in WWII. To aid the war effort, the residents of Torcross and surrounding villages evacuated their homes and fields to provide a training ground for some 30,000 troops preparing for the Normandy landings. Operation Tiger was an eight day rehearsal held at Slapton Sands Beach, a territory similar to their Normandy destination. The exercise took a fatal turn on the 27th April, 1944. German E-boats spotted the operation in progress and attacked. Three Tank Landing Ships were hit resulting in the deaths of 749 US Army and Navy personnel. A memorial plaque on the Torcross seafront and the Torcoss Tank Memorial soberly remember the tragedy.

Small as it is, Torcross offers all the facilities a tourist may need. You'll find a post-office, general store, cafes, pub, restaurants and a range of accommodation to choose from. Torcross is a great location for walking, swimming and bird-watching.

Walking
An excellent choice for walkers, Torcross lies on the South West Coast Path. Walkers can follow the the path from Torcross passing the ruins of Hallsands, an evacuated village which was washed away in 1917. Continue to the Lighthouse at Start Point from where you'll get excellent views over Start Bay. From here the path continues to the cliffs round wild and blustery Prawle Point and ends at East Portlemouth. From here you can take a ferry across the Kingsbridge Estuary to Salcombe.

An alternative route for walkers at Torcross is a six and a half mile walk around the Slapton Sands Nature Reserve leaving from Slapton Sands Car park. From the north end of the shingle beach head south to Torcross passing the freshwater lake in the reserve. In Torcross keep a look out for the Sherman Tank in the car park and continue along the coastal path to Beesands Quarry which once produced blue slate. Head to the end of Beesands Quarry where you'll find a path heading inland to Widdicombe. Here you'll see a house whose walls have seen the likes of Captain Cook and Eisenhower. From Widdicombe continue along the path to Widewell and then on to Stokeham. Pass the Deer Bridge and take the footpath to the right. This follows the stream and takes you through part of the nature reserve. Once you reach the Warden's Hut, turn right and you'll soon be back where you started. 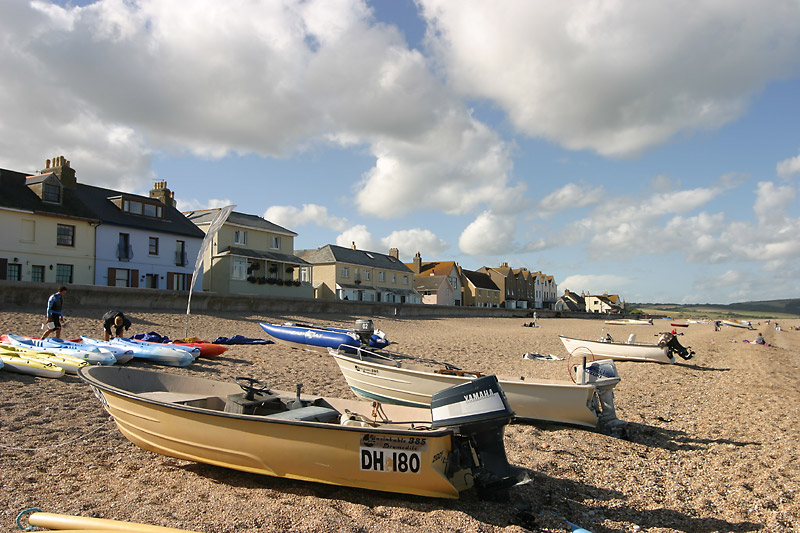 a new cargo inundated the town in the 18th century when boatloads of holiday makers came to try out Benjamin Beale's wonderful, new innovation. A loc ....

Best known for its historical importance in the Battle of 1066 between the Normans and the Saxons, Hastings draws the tourist trade on three fronts. ....