Macduff is situated on the northern coast of Aberdeenshire between Fraserburgh and Elgin. Traditionally a fishing village, Macduff is known for its spectacular coastal scenery and wildlife. For the greater part of its history Macduff was known as Donne and it was not until this wee fishing village was bought by the William Duff of Bracom, the first Earl of Fife, that its fate was turned. The second Earl acquired for Macduff its royal charter in 1783 and with its official burgh status, the village came to be known as Macduff. The occasion was celebrated with the erection of Macduff Cross. The Earls also lent their name to another popular attraction in Macduff, Duff House. This historic house has served variously as a hospital, hotel, prisoner-of-war camp and family home. It was designed by William Adam and built between 1735 740. Today, this unique art gallery has fine collections of paintings by artists such as El Greco and Raeburn and visitors will also be delighted by the fine tapestries and Chippendale furniture.

Lying as it does by the sea, the lives of the people in Macduff have always been intimately connected to the sea. The first harbour to be built here was erected in the 18th century but rebuilt in the 19th. Macduff is still known for fishing and Macduff Harbour provides a relaxing spot from which you can watch fishing boats come and go. Shipbuilding has also survived in Macduff with Macduff Shipyards who build both steel and traditional wooden boats. Nevertheless, most visitors will be more interested in Macduff Marine Aquarium. The main attraction in Macduff, the aquarium boasts the only living kelp reef in Britain. Visitors here can delight in the wonders of the underwater world and watch divers hand-feeding the residents.

Other visitor attractions in Macduff include the Royal Tarlair Golf Club and Duff House Golf Club where golfers can enjoy both challenging yet scenic courses. Despite its golfing pleasures, no trip to Macduff is complete without venturing out on her waters. Macduff's Puffin Cruisers will take you out fishing, birdwatching or in search of sealife such as bottlenose dolphins, seals and harbour porpoises. Alternatively, try North 58 for sailing, diving as well as whitewater adventures! 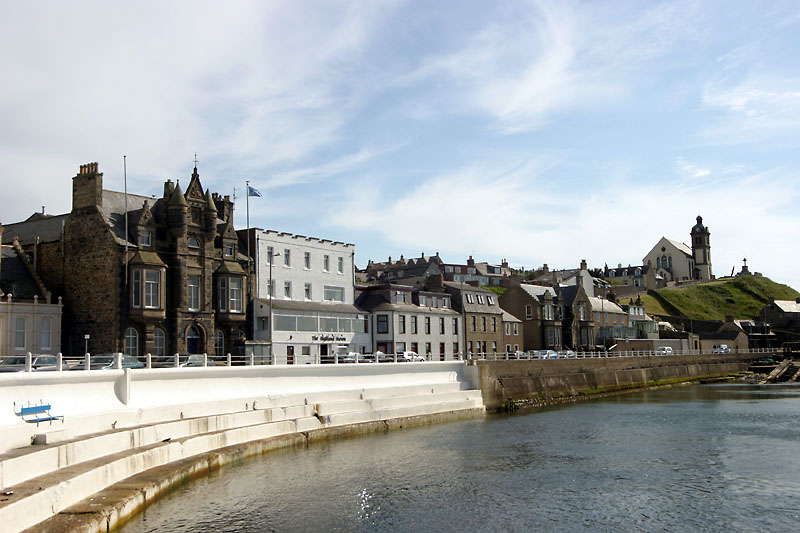