Situated some fifteen miles to north of Aberdeen, Ellon lies on the banks of the River Ythan in an area known as the Formartine. The Moray Coast is a mere 30 minutes away and tourists here are well-placed for angling, walking and excursions to attractions in the surrounding area.

With a history that dates as far back as the Picts, Ellon has always profited for its geographical location. For centuries, Ellon was the main crossing point of the river providing access into and out of the Buchan area. Despite a dip in her fortunes, Ellon has seen a rebirth since the 1970's and the development of North Sea Oil. Her proximity to Aberdeen has also led to an increase in her popularity and Ellon provides a convenient residence for commuters to Aberdeen.

The most dramatic event to occur in Ellon's history took place in 1308 when Ellon was burnt to the ground. This was part of what has become known as the 'Harrying of Buchan" or the reprisals inflicted upon Ellon and the Buchan area after Robert the Bruce defeated John Comyn, Earl of Buchan at Old Meldrum. It would take Ellon and the Buchan area centuries to recover for the fault of being associated with one of Bruce's rivals. Ellon's fate finally changed when the town was granted its charter in 1707.

On your visit to Ellon, head to Moot Hill where you'll see the Moot Hill Monument which commemorates the spot from where justice was once dispensed in Ellon by the Earls of Buchan in the 13th and 14th centuries. Also of note is Ellon's Auld Brig or Old Bridge a Grade A listed building constructed in 1793. The river which runs beneath it has made Ellon famous for another reason - it yielded a pearl so beautiful that it was presented to King James VI. It is now one of the brightest jewels in the Scottish Crown.

At Ellon Riverside Park you'll find a footpath that runs for the length of the town. Along the way, walkers can spot wildlife such as heron, otters, salmon and trout. Walkers, cyclists and wildlife enthusiasts may also head off on the Formartine Buchan Way which runs through Ellon. The track runs along an old railway line from Dyce to either Fraserburgh or Peterhead.

Ellon also has a castle but unfortunately for the visitor, it is not open to the public. Nevertheless, Ellon Castle is clearly seen from various spots in Ellon. The best of these is Castle Road from where you'll be able to see the impressive Deer Dykes which surround Ellon Castle. Originally built in the 15th century, the ruins of Ellon Castle date to the 17th century when the Ellon estate was bought by Bailie James Gordon. He landscaped the gardens and laid out a formal deer park of 30 acres. A luxurious country home for his wife, two sons and daughter, the Gordon's were soon to regret ever having set foot in Ellon. Both their young sons were murdered by their tutor and licentiate of the church, John Irvine. Irvine slit the boys' throats and then tried to commit suicide but was caught and hung shortly after.

Visitors to Ellon can also play a round of golf at McDonald Golf club or enjoy a spot of fishing on the Ythan Fisheries Loch or a few miles west of Ellon at Lochter Fishery and Haddo Trout Fishery. 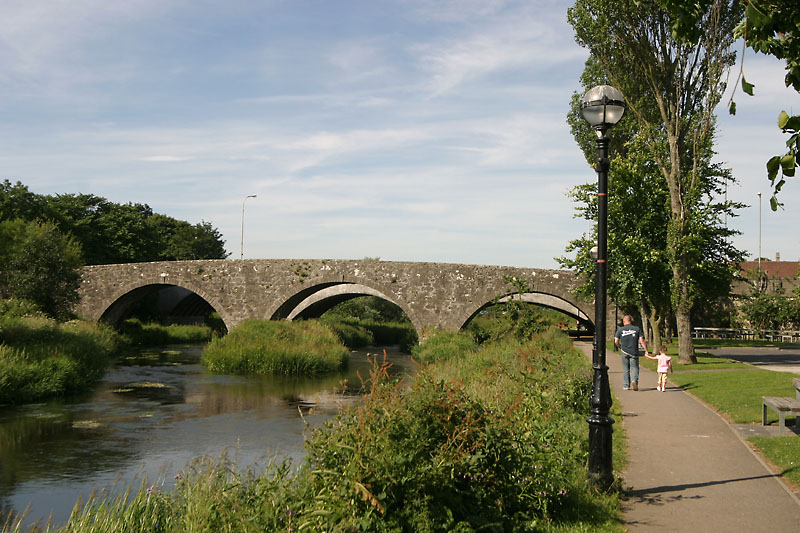