Fraserburgh was founded in 1546 by Sir Alexander Fraser. Fraserburgh rightly owes its name to the Fraser family for through their investment and foresight this little fishing village would become an important port. The Frasers' important economical contribution to the village was recognized in 1546 when Fraserburgh was granted the status of burgh of barony and named after its greatest benefactors who were responsible for the construction of Fraserburgh Harbour as well as Fraserburgh Castle in the 16th century. Fraserburgh Castle later became the first lighthouse on mainland Scotland. Now known as Kinnaird Head Lighthouse, this converted building is now the main tourist attraction in Fraserburgh.

Just a short distance away from Kinnaird Head Lighthouse and Castle is Fraserbugh's most mysterious building. Known as the Wine Tower, the structure has three floors but no interconnecting stairways. Some have postulated that it was built as a chapel while others prefer the idea that it might have served as some sort of store for Fraserburgh or its castle. Today, entry is gained via an outside stairway which leads to the top floor. Here, you'll be surprised by the well-preserved collection of pendants or bosses as well as the vaulted roofs of the chambers.

The oldest part of Fraserburgh is the suburb Broadsea. Formerly known as 'seatown', Broadsea was once a totally separate entity from Fraserburgh. Traditionally, a fishermen's village, Broadsea housed a community of hardworking if insular people. The oldest structures here were erected around the point of the headland and the settlement which grew inland has now been preserved with a conservation area. Broadsea is most famous for Christian Watt, a fishermen's wife. Watt authored the Christian Watt Papers, an unusual piece of writing which tells the tale of her life while providing a sociological study of the fisher folk of her times. Visitors interested in history can also head to Quarry Road and the Fraserburgh Heritage Centre which details the history of Fraserburgh and its people. At the Fraserburgh Heritage Centre fashion-lovers can also admire some haute couture dresses designed by Bill Gill, Fraserburgh's very own fashion designer. 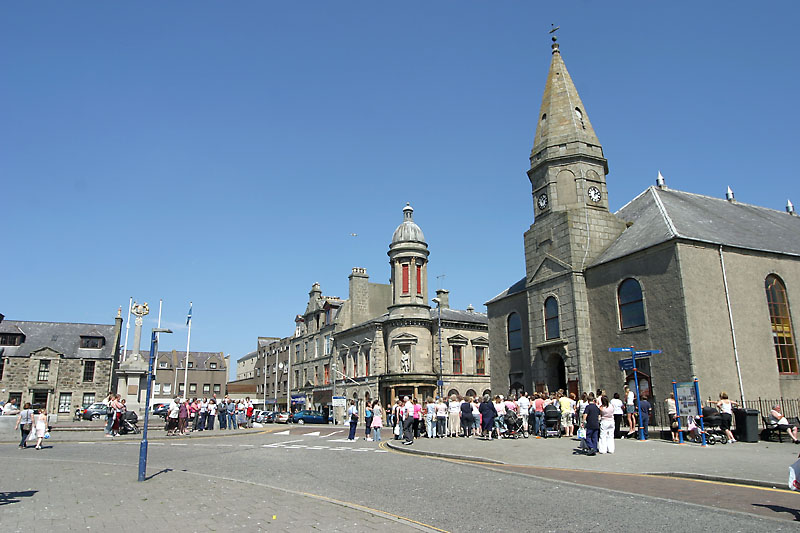