Lying just nine miles to the west of Balmoral, Braemar rests at the foot of the Cairgorm mountains which cut through the eastern highlands. Overlooked by Braemar Castle, Braemar is an award-winning tourist village situated in area teeming with wildlife, an ideal base for walkers, birdwatchers and outdoor enthusiasts.

Braemar's position at the meeting point of three passes rendered it a important stronghold and two castles were built here. The first castle in Braemar was probably a wooden structure built by Malcolm II which was rebuilt in stone in the 14th century. Kindrochit Castle was both a royal hunting lodge and an important strategic stronghold but nevertheless fell into disuse. A ruins by the early 17th century, all that remains today of its former grandeur are a few overgrown walls to one side of Braemar carpark. The second castle, Braemar Castle was built by the Earl of Mar in 1628. Visitors here can admire the world's largest Cairgorm (52 pounds), a semi-precious stone, as well as a collection of Native American items and a piece of tartan worn by Bonnie Prince Charlie. Other attractions in Braemar include the Braemar Golf Course, the highest 18 hole golf course in Scotland, it boasts a beautiful setting amidst wildlife and lovely scenery in Glen Clunie. The Braemar Highland Heritage Centre details the history of Braemar, its traditions and highland gatherings. If you'd like to enjoy the scenery and wildlife around Braemar but aren't keen on walking, Braemar Highland Safaris offer great 4x4 tours.

Curious Fact or Total Fiction?
Sitting at an altitude of 1,100 feet, Braemar is officially the coldest place in the UK. In 1895 and again in 1982 temperatures in Braemar dropped to -27.2 degrees Celsius. Worse still, the average temperature here between 1941 and 1970 was just 6.4 degrees Celsius.

Like Queen Victoria, Robert Louis Stevenson was inspired by the scenery he saw around Braemar and conceived his popular classic, Treasure Island while visiting Braemar in 1881 with his step-son. 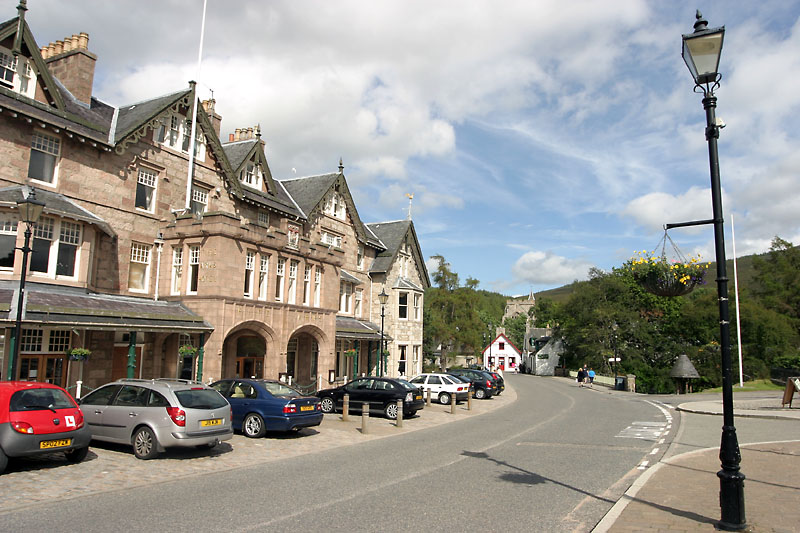 Gardenstown like its neighbours Pennan and Crovie is a wee coastal village situated precariously close to the water. The little village provides the ....